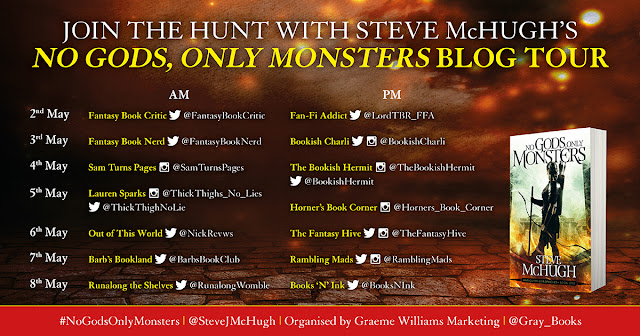 Let me welcome you to this special post from Steve McHugh.

With the release of his new book No Gods, Only Monsters on May 1st, Steve McHugh reached something of a milestone.Believe it or not this is tenth year writing! A full decade! He has released 13 books and 3 Novellas!

Today, on the second day of this blog tour, organised by Greame Williams Marketing in celebration of Steve McHugh's new book, No Gods, Only Monsters, Steve talks about his ten years of writing in the Hellion Universe, which started with his first novel Crimes Against Magic. 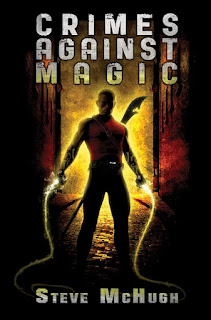 So, after Steve talks about his time writing, there will be some information about Steve McHugh, and his new book, No Gods, Only Monsters and a link to the first chapter of the book to whet your appetite.

Well, it's time for the main event, and I will hand over to Steve McHugh in this piece called….. 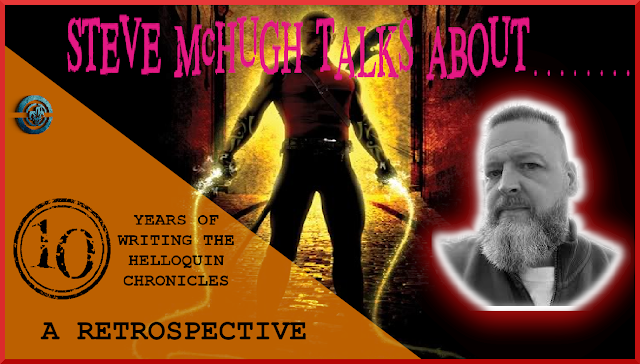 It’s hard to believe that it’s been ten years since my first book, Crimes Against Magic, was published.

Ten years, 13 novels, 3 novellas, and over a million sales later and there was a bittersweet ending to it all. But I still had more stories to tell, still wanted to give time to those characters I felt deserved it, hence No Gods, Only Monsters.

There are things about The Hellequin Chronicles, and its sequels Avalon Chronicles and Rebellion Chronicles, that I’m very proud of. I got 13 books published for a start, books that people have taken into their hearts, that they message me about. Characters that people quote, that they love. That means more than I can ever really say, and it was completely unexpected.

I write because I can’t not write. I always wanted to be published, but I also knew the odds of getting there, and after a long journey, I self published Crimes Against Magic. I didn’t expect it to do well, I just knew I needed to tell the story.

It exceeded every expectation I had and within a year I had a contract with a traditional publisher. Publishing is a slow moving industry, until it isn’t, something I still find strange even after all this time.

Looking back, there are things I would change about those earlier books. I think—or hope—I’m a better writer now, and would tighten up Crimes Against Magic, removing bits that never really went anywhere. But it’s my first novel, and as my own worst critic, sometimes I have to remind myself that what’s done is done and you can only move forward.

I learned a lot about writing a series, mostly on the fly. About keeping spreadsheets for characters, for places, for history and geography, about world building. Most of my details were in notes in journals, which in hindsight was a terrible idea. Spreadsheets for the win on this one.

I learned more about long-term plotting, about changing things on the fly when they don’t work, about keeping characters who people love even if they weren’t meant to be in long-term (Remy for the win here).

But mostly, over ten years and millions of words, I learned how to be a better writer. At least I hope so. Those lessons I learned, I’ll take forward with me into new projects whether it’s in the Hellequin Universe or in new endeavours. The thing about being a writer is you never stop learning, it’s part of the beauty in it (and part of the frustration too).

Ten years, 13 novels, 3 novellas to tell one large story. The thing I’ll take away from it the most is just how much I loved every single second. Even when I was having late nights, and no weekends off. Even when I was re-writing stuff that didn’t work, or trying to figure out how I was meant to make a plot point make sense. I loved it all. And here’s to a lot more. 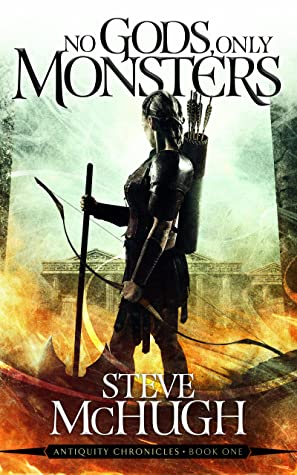 Diana, the Roman Goddess of the hunt, lives alone on the far edge of the Roman Empire. When an old friend arrives looking for help, Diana finds herself thrust back into her old life, and old problems.

With innocent lives caught in the crossfire, Diana realizes that the only way to ensure the safety of her friends and loved ones is to do what she does best: hunt her enemies down. 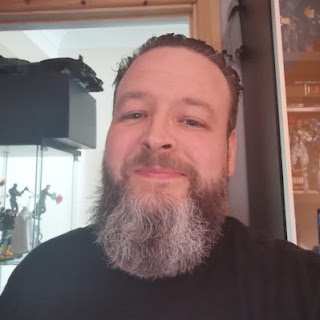 Steve is a bestselling author of Urban Fantasy. His book, Scorched Shadows, was shortlisted for a Gemmell Award for best novel.

He was born in a small village called Mexborough, South Yorkshire, but now lives with his wife and three young daughters in Southampton.

No Gods, Only Monsters is OUT NOW!