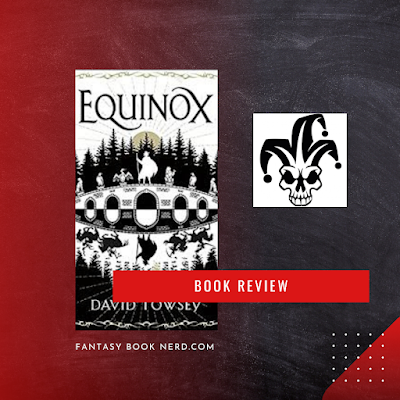 In this world, two souls inhabit a single body, one by day, one by night. But though they live alongside one another, their ends do not always align. For Special Inspector Morden, whose hunt for a dangerous witch takes him far from home, this will be a problem...
Christophor Morden lives by night. His day-brother, Alexsander, knows only the sun. They are two souls in a single body, in a world where identities change with the rising and setting of the sun. Night-brother or day-sister, one never sees the light, the other knows nothing of the night.
Early one evening, Christophor is roused by a call to the city prison. A prisoner has torn his eyes out and cannot say why. Yet worse: in the sockets that once held his eyes, teeth are growing. The police suspect the supernatural, so Christophor, a member of the king's special inspectorate, is charged with finding the witch responsible.
Night-by-night, Christophor's investigation leads him ever further from home, toward a backwards village on the far edge of the kingdom. But the closer he gets to the truth, the more his day-brother's actions frustrate him. Who is Alexsander protecting? What does he not want Christophor to discover?
And all the while, an ancient and apocalyptic ritual creeps closer to completion...

One of the things about the fantasy genre is that it is extremely malleable and can take in a plethora of different styles and different templates for what can be termed ‘fantasy’. As an author, you can bring in multiples of differing influences, put them in the mangle, and subsequently come out with something new on the other side that still looks like fantasy, and with Equinox by David Tovey, we certainly get an alternative take on the fantasy genre.
The story itself is set in a world where people have two individual personalities encapsulated within in single body. A diurnal personality that may have differing dreams, goals, and even lives from their nocturnal personalities.
In amongst this we have a tale of folk horror and detective tale. The story is set off by a strange set of events in which a young man who is held in a prison in the capital, far from his home of Drekenford, is afflicted by a strange phenomenon in which his eyes are filled with teeth (cast your mind back to the Corinthian in the Sandman and that pretty much sums it up). As a result, dour King’s special investigator Christophor Morden is called upon to reluctantly investigate the cause of this and believing that this is a case of witchcraft is sent to the rural village of Drekenford. However, this assignment ultimately disrupts the life of his opposite, his musician day brother, Aleksander. This ultimately rends Aleksander from his life of frivolity, carousing and social climbing to lead him to an environment that is what he sees as backwards and is, let’s say, not particularly keen.
Equinox is set in an interesting world, that in some ways parallels our own. It appears to be set in a quasi – 17th Century world with all its ideals and missteps and is built upon the Christian faith. Whilst the narrative never explicitly does any intricate world building, Towsey shows us a world of dark, sinister forests coupled with technological advancements that are reminiscent of the period. In addition, there is no explanation for the reasons why the human race have become the way they are. There is no lore that you normally see in fantasy books mapping the trajectory of development that may enlighten the reader as to why things have developed the way they have. As a result of the lack of this background information, the reader simply has to accept this world and adjust to this seemingly familiar world with no more information than the fact that in order to ease the transition from diurnal to nocturnal personality, the people employ the aid of a plant called Ettiene.
I have to say that it is an interesting premise and when I was adjusted to the fact that characters that see sawed between differing aspects of personality, I was quite on board with.
I very much enjoyed the story, that reminded me of an amalgamation of Angel Heart, The Wicker Man and the Name of the Rose, especially as Christopher with his analytical piety reminded of William of Baskerville in Name of the Rose.
Much like the people of this world, the book is a tale of two differing halves, with the first portion of the book given over to the investigative aspects of Chrisophor and his search to find the witch responsible for the apocalyptic events that he feels have been set in motion. Throughout the story he is attacked supernaturally and experiences nightmarish visions purporting to the end of the world as we know it. In this half of the book, the pace is contemplative and methodical as Christopher carries out his investigation. However, the second half of the book, which sees the world from Aelksander’s point of view, is much more fast paced, as the story shows the emotive side of the two personalities, as the book races towards its climactic end.
I must say that I found this splitting of the story into two differing personalities initially quite jarring, but when I have absorbed it a little more and am now writing these thoughts on the book, I actually found it to be an interesting technique that I found to be quite an absorbing method that works well. Especially, as I think that it split the pace of the book.
For me, one of the drawbacks to the book was that I had some difficulty in connecting with some of the characters in the book. I found it fine that Christphor is quite difficult to engage with, as the writing reflects his personality and kind of highlights his investigative aloofness to the world around him, but it was the supporting cast that I had some difficulties with. I didn’t find that amongst the many inhabitants (and if you consider it, there are double the amount of characters in this world) that I actually connected with any of them, they felt more of a device for the plot to reach its ultimate goal.
However, David Towsey’s prose was superb. He was able to bring the two differing characters together well and showed some really interesting imaginative action sequences that I could never have predicted happening. Added to this, he does instil as sense of creeping foreboding in the narrative as the story slowly peels off its intricate layers. Added to that, there is some entertaining dark humour that made me chuckle. I am sure he managed to get a Peter Kay joke in there, and if it wasn’t deliberate, it certainly made my mind jump to Peter Kay in one of his routines saying ‘It’s that fine rain that wets you through’.
With Equinox, David Tovey successfully blends folk horror, fantasy and murder mystery to bring a melting pot of a book that strays well off the beaten path of traditional fantasy. 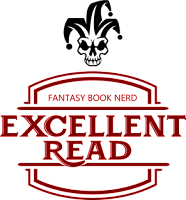