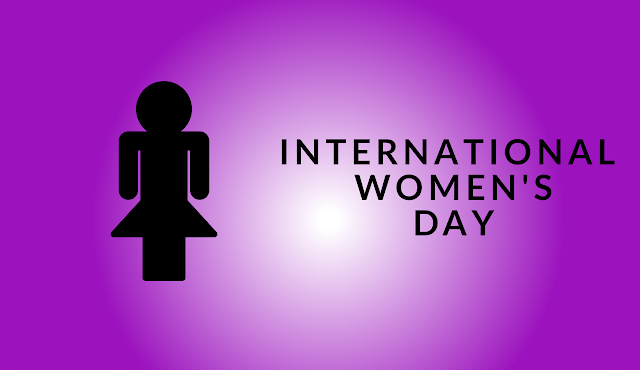 As you probably know, it's International Women's Day.

So in celebration, I wanted to do a little piece about women in music and highlight musicians that I admire by doing some little pieces them.

Born Rosetta Nubin in 1915 in Cotton Plant, Arkansas to Katie Bell Nubin & Willis Atkins (although she may have been born Rosether Atkins (or Atkinson). Her mother Katie was also a singer and a mandolin player, deaconess-missionary, and women's speaker for the Church of God in Christ (COGIC),

Tharpe (a child musical prodigy who played guitar when she was six years of age) gained popularity in the 1930's and 1940's with her gospel recordings and was extremely important to the origins of rock and roll. She was among the first popular guitarists to use heavy distortion when playing and is said to have influenced such notables as Little Richard, Johnny Cash, Elvis Presley, Eric Clapton, Jeff Beck and Keith Richards. She was later dubbed 'The Godmother of Rock & Roll' and inducted posthumously in the Blues Hall of Fame

Gilli Smyth is one of those people that I saw numerous times with the band Gong (one of my favourite bands), and met a few times when I happened to get back stage.

Originally born in London and studied at King's College. After a brief spell    teaching at the Sorbonne, she began doing performance poetry with  the well known group Soft Machine, an influential band on what was known as the Canterbury Scene. She co - founded Gong with Daevid Allen in 1967. When Gong split in the seventies, Gilli Smyth formed Mother Gong  with Harry Williamson

She had a unique vocal method which was termed as  Space Whisper. She continued with Mother Gong throughout her career, but also re-joined Gong when they reformed and also guested on other bands associated with Gong.

Anne Marie Hurst originally from Keighley in West Yorkshire was the lead vocalist in the band The Elements until 1982, but then went on to form Skeletal Family, which she departed in 1985. At the same time Gary Marx of The Sisters of Mercy was also looking to form a new band. Together they formed Ghost Dance.

Described as 'metal's most important - and uncompromising - voice, Larissa Stupar is the lead vocalist with Venom Prison. With the recent release of their fourth Album, Erebus to much success (especially with me). They are due to play Download festival this year, along with the likes of Sepultura.

Gabriella Quintero is one half of the duo Rodrigo Y Gabriella, who play Flamenco, jazz and rock tunes. If you haven't heard their rendition of Orion by Metallica, have a listen, it is simply stunning. Originally born in Mexico, the pair took up residence in Dublin. They have numerous albums out and have been featured on films such as Dreamwork's Puss In Boots & Pirates of the Caribbean: On Stranger Tides

Now I know that some people consider the ukulele a fun instrument, however, watch Taimane Gardner strum this diminutive instrument and and I guarantee that you will be gobsmacked by Taimane Gardner does with it. Born in Honolulu in 1989, she has been playing the ukulele since she was five.

What can you say about Lady Gaga that hasn't been said already! The woman is amazing. She will incorporate different forms of music. She cites all kinds of music as a reference, such as Pink Floyd, Stevie Wonder and a whole host of others. She is flamboyant, a multi instrumentalist and utterly brilliant.

I don't think I need to say any more really, you all know who she is.

I first heard Sarah Longfield on Youtube, where she does a jokey thing called 'Sunday Uke Club' in which she will play various metal covers with Rob Scallion. However, this led me to investigate her other stuff, and let me tell she is amazing, at times reminding me of someone like Joe Satriani. In 2018, she was named as one of the 15 best seven & eight strings guitarists. 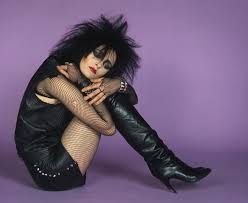 Siouxsie Sioux (born Susan Janet Ballion in 1957) adorned many a young Goths wall (mine included) in the 80's and was one of the first bands (along with Bauhaus) to be labelled as Gothic (which obvioulsy got shortened to Goth) and has had a lasting effect on music. Allmusic labelled her as one of the most influential British singers of the Rock Era. when she was with Siouxsie and the Banshees they released 11 studio albums, and in my opinion their live album, Nocturne, is one of the best live albums ever recorded. However, not only did she record with The Banshees, there were other side projects such as the Creatures, and she has also released solo works.

Josephine Baker was an American French entertainer who came to prominence during the Jazz era. During her early career, she was one of the most celebrated performers of the 1920's, causing a stir in the Folies Bergeres as her costume consisted of a short skirt of bananas and a pearl necklace.

During World War 2, she aided the French resistance and after the war she was awarded the Resistance Medal by the French Committee of National Liberation, The Croix de Guerre by the French Military and was named a Chevalier of the Legion d'Honner by Charles de Gaulle.

Although, based in France, she supported the civil rights movement and refused to play to segregated audiences in the US, even though she was offered large sums of money. Later in life, she was approached to, unofficially, take up the leadership of the Civil Rights movement by Coretta Scott King, after the assassination of Martin Luther King. However, after some deliberation she refused.