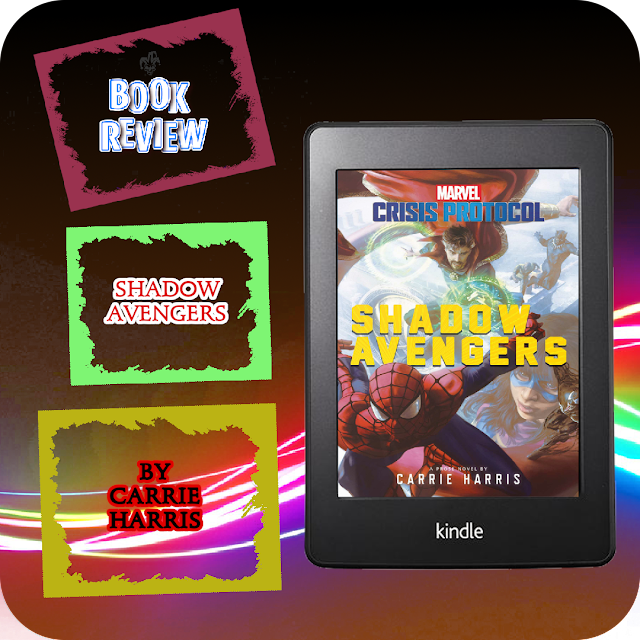 Earth is on course for a devastating invasion from the Dark Dimension, forcing the world’s mightiest heroes into unthinkable alliances, in this heart-stopping new novel in the Marvel: Crisis Protocol series

Doctor Strange created the Shadow Avengers to save the world from Dormammu, but instead they’re on the verge of dissolution. When sudden weather anomalies across the world correspond with Asgardian heroes emerging from portals ripe with Dormammu’s magical signature, the Shadow Avengers realize the “Master” is making his move. Loki, Venom, and Green Goblin are behind a ceremony plotting to open a portal big enough to encompass Dormammu’s presence. From the Sanctum Sanctorum to the streets of NYC to beautiful Wakanda, the Shadow Avengers must stop Dormammu at any cost – but the Master, in all his cunning wisdom, has something greater in store that will doom the world once and for all. 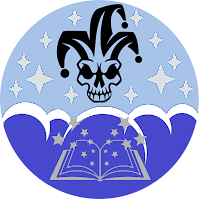 I think the consensus with this latest instalment in the Crisis Protocol, Shadow Avengers, is that it is a fun book. I cannot disagree with this! It’s a fun, fast paced, action packed addition to Aconyte’s ever growing retinue of Marvel Books.
I was a little surprised by the Shadow Avengers as I thought it may be similar in tone to DC’s Justice League Dark. However, I was happy to find that it bore no resemblance to that superhero team that was formed to fight magic.
The premise of the book is that the Shadow Avengers was formed by Dr Strange to combat the ever-present threat from the Dread Sorcerer Dormammu attacking earth. And yes, you guessed it, this is what the story revolves around.
In the Shadow Avengers, we start the story with Venom witnessing Loki dumping what appears to be some form of toxic waste into the water supply in an Oscorp truck. Venom, being the anti – hero that he is attempts to stop Loki, and finds himself enslaved to Dormammu’s plan to invade the earth. Loki disappears in a puff of portal magic leaving Venom to deal with the truck full of toxic waste. (Enter stage left Spiderman as he is on his way to the Shadow Avengers meeting) Well, you can see how this is going to turn out can’t you?
The initial few chapters deal with introductions and various heroes seeing this same incident from a different perspective, including Black Panther.
This is the second Carrie Harris book that I have read in the Marvel Universe and have enjoyed them immensely! She gives already established characters that we all know and love more depth of character. For instance, Spiderman’s relationships with Ms Marvel and how he takes her under his wing to show her the Superhero ropes. It’s a lovely relationship that shows an almost fatherly side to his character as he instructs and nudges her to increase her confidence with her powers and her abilities. He never condescends or looks down on her but gives her patience and understanding. Similarly, with Ms Marvel herself as she grows in confidence throughout the book. At times she is a typical teenager adrift in a sea of grownups, wanting to make her observations known, but at the same time finding it difficult to make her voice known in a group of personalities that includes Dr Strange, Luke Cage and Black Panther.
The writing style is quite light and Carrie Harris has an almost cinematic approach to the book, regularly peppering the story with set pieces that you would expect in a Marvel story, including death defying escapes from planes, massive fight scenes etc etc.
In essence, Shadow Avengers is like a big slice of pie. You know what you are getting, and you get that warm hug that you know you wanted in the first place. Coz, that is why you ate pie!

Please Note: I received this book from Netgalley & Aconyte boks in exchange for a honest review.

About Marvel Entertainment
Marvel Entertainment, LLC, a wholly-owned subsidiary of The Walt Disney Company, is one of the world’s most prominent character-based entertainment companies, built on a proven library of more than 8,000 characters featured in a variety of media for over eighty years. Marvel utilizes its character franchises in entertainment, licensing, publishing, games, and digital media.
For more information visit marvel.com. © 2022 MARVEL 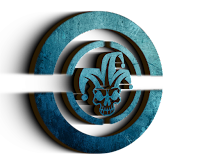