The Sword In The Street by C. M . Caplan 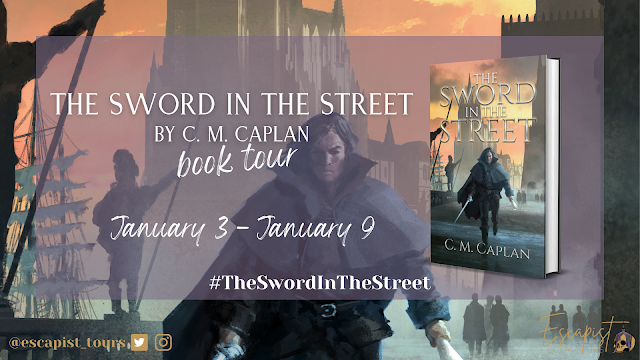 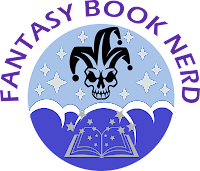 Today. I am delighted to be on the blog tour for The Sword in the Street by C. M. Caplan, which has been organised by Escapist Book Tours.

Hired blades ought to be better at making ends meet. John Chronicle bleeds his patron’s foes in savage duels. While he's disgusted by the petty grievances and corporate laws he champions, even the promise of security is better than nothing at all. But how long can he depend on a wage that barely pays enough to cover his rent?

His boyfriend Edwin is familiar with dependency. Reliant on his parents' goodwill to supply the drugs that keep the spirals of his mind in check, he wants nothing more than to get out from under their thumb. A solution comes when he finds a document full of knowledge that was, impossibly, forgotten. But while he could use those secrets to rewrite the gentry’s unjust laws, it might cost him his relationship - or John’s life.

The two find themselves entangled in the web of intrigue surrounding the laws, the swordsmen, and their sponsors. They’re forced to question how bloody they’re willing to get for a shred of agency. But will they survive this tangle of deceit together? 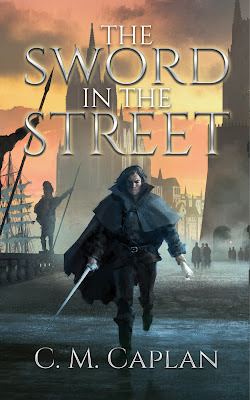 Sword In The Street is the debut by C.M.Caplan and tells the story of John Chronicle, a young man that fights for the aristocracy as a duellist, and his student lover Edwin.

Now, I am going to be quite honest (and am probably going to stand out a bit with this next statement) but I nearly didn’t finish the book as initially it didn’t quite click. I am not sure of the reason why, and to be honest, sometimes I don’t analyse the reason why and just go with it.

However, I decided to give it my full attention and stick with it, and I am glad that I did because I ended up enjoying it thoroughly.

The story, as I have said, revolves around the Duellist (and I use this term because it put me in mind of Ridley Scott’s film of the same name) John Chronicle who makes his living by duelling for the aristocracy when they bring a writ..against anything really, whether it be a legal argument, a point of honour, whatever they deem needs this. His life revolves around his occupation and his partner, Edwin, who is on the Autism Spectrum, and manages this by smoking a substance called Ash, which reduces his inner anxieties and gives him a calm to function without his anxieties overwhelming him.

There is a lot going on in this book, and it wasn’t till I thought about it that some of these themes came to the fore in my head. The book primarily focusses on the relationship between the John & Edwin. In Sword In The Street, C.M. Caplan focusses the microscopic lens onto the interactions between John & Edwin and we almost get a fly on the wall perspective of their everyday life.

I think, one of the reasons that I almost DNF’d this book was primarily this particular reason, and in all honesty it took me out of my comfort zone to have such a close relationships with the two protagonists. However, when I decided to dedicate my attention to the everyday interactions of the two protagonists, I started to warm to them and ended up admiring how honest CM Caplan is with his characters. He does not portray them as in any way heroic, but decides to give them a warts and all perspective, which put me in mind of an almost reality TV perspective.

Initially, I had a problem with the word building as it is quite sparse and you only get a vague, fuzzy outline of the world that the characters inhabit. However, this gives you an opportunity to paint whichever background that you want to put on. I have seen the terms gaslamp to describe the book, and also that it is in a Venetian style. However for me, I kind of put a 1800’s Parisian French slant on it, about the time of the Communards, especially with the descriptions of decrepit buildings and the disparity between the poor and the rich. Then I realised that this was a brilliant piece of writing as it gives the reader the ability to put their own interpretation onto what is being read. I don’t know if this was a conscious decision on the part of the writer, but if it is, it certainly works well.

Similarly with the magic system, it is not clearly defined and in all honesty, I am not sure if it is actually truly there, but it is intriguing and I would like to see how (or if) it develops.

As I said, the story follows the two main characters and the points of view alternate between the two perspectives, and throughout the reviews that you will have read, Edwin stands out as the most distinctive character. However, I want to talk about John first! John’s arc is quite a sublime one. He is obsessive about his art and goes through quite a rich character development. From a person who is vaguely aware of the underlying social injustices that the system that he is so ingrained in has, through a stage where he has it taken away from him, to a point where he is almost revered, and he takes advantage of this and finally to a semblance of redemption. He has quite a lot of issues, including being scarred from a traumatic childhood, which included physical abuse. However, not only that, he is trapped in the cycle of poverty, where the only thoughts that he indulges in is how is he going to manage today, and has as many problems with central coherence that Edwin does in his world view., and I have to admit that I got quite cross with John on a number of occasions, which when you think about it highlights that I got invested in the story.

Whilst I have mentioned that the main crux of the story revolves around John & Edwin, the other main character is Aubrey. Now I loved it when Aubrey came on the page. For me she was the one that is able to manage Edwin and give him critical learning points throughout the story, makes Edwin figure things out. However, she does not do this by rote, she carefully nudges him to make realisations and the big decisions.

The prose is quite clipped and CM Caplan does not use over descriptive narrative which works well. In addition to this, there are some intricately woven action scenes in there, particularly when he is describing the fencing scenes with John and whichever adversary that he is pitted against.

All in all, I enjoyed The Sword In The Street, especially when I got used to the writing style. It pushed me to read out of my comfort zone with its focussing on relationships, but this story of redemption and revolution did get under my skin, and it wasn’t until after I finished it that I realised how good it was. 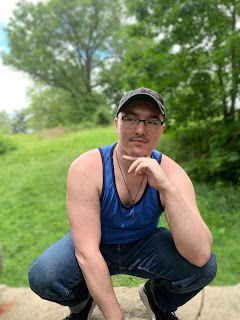 C.M. Caplan is a quadruplet (yes, really), mentally disabled, and he spent two years as the Senior Fiction Editor on a national magazine while he was still an undergrad in college.

He has a degree in creative writing and was the recipient of his university’s highest honor in the arts. His short fiction also won an Honorable Mention in the 2019 Writers of the Future Contest. His debut novel, The Sword in the Street, was a 2021 SPFBO semifinalist.

He currently lives in New England.