It's here! The trailer for the upcoming Moon Knight Series has dropped, and we get our first view of the vessel of Khonshu and who he is, and I tell you I can't help it, but I am frickin excited to see that Moon Knight is coming to the screen.

However, I must admit that I am quite surprised that Moon Knight has got his own show, as whenever I used to go on about him, I would get a puzzled look at best.

When people think about Marvel, the general ones that come to mind are obviously Spiderman, Fantastic Four, Iron Man, Hulk etc., but as a whole people would not readily go to Moon Knight, who started off as a villain called Werewolf by Night, and subsequently got his own title.

One of the things that Marvel have very cleverly done is to bring their lesser known heroes to the fore, such as Shang - Chi and Guardians of the Galaxy

Now let me take you back to Moon Knight's beginnings. Moon Knight was originally a bad guy in Werewolf by Night. He was an assassin for the Secret Empire and was supposed to bring in Jack Russell's (yep the werewolf was called Jack Russell.Everyone always said as a breed of dog, they were vicious little buggers!) and he was created by Doug Moench (who also happened to work on Batman).

There must have been something that made people connect with Moon Knight as he was quite popular when he was first introduced in Werewolf by Night, popular enough to give him his own title, and subsequently Moon Knight is born.

Moon Knight is quite a complicated character, and has at times been likened as Marvel’s Dark Knight, and there are various similarities which you can see why that comparison may arise.

In the original introduction of Moon Knight, he was an assassin for the Secret Empire. However, when he got his own title, a certain amount of retconning was employed and it turns out that this wasn’t quite true and he was infiltrating the Secret Empire in order to bring them down.

Turns out, that Moon Knight is this bloke called Marc Spector, a mercenary (amongst other things) who whilst working for an Egyptian warlord renovating a tomb, gets betrayed in one of his missions in Egypt, ends up getting killed, dying at the feet of an Egyptian God called Khonshu and coming back to life as the agent of the Egyptian God of Vengeance

Not only is Marc Spector pretty good at the physical stuff, he had a bit of a head for figures too, and invested his ill gotten gains that he had accrued as a mercenary, and very wisely invested it all and amassed himself a small (flippin huge) fortune, which allowed him to be kitted out with all the mod cons (including a state of the art stealth vehicle called 'The Moon Copter', which was shaped like a crescent moon - I mean no one is going to notice it are they?).

As Moon Knight, he is a master detective and crime fighter. However, Marc Spector cultivates other personalities such as a rich entrepreneur called Steven Grant, in order to divert attention from his real identity, a taxi driver called Jack Lockley, and finally a suited consultant called Mr Knight. But what is not entirely clear is how much these personalities are not just covers for him being Moon Knight, but are actually different personas of Marc Spector.

This first incarnation of Moon Knight ran for 38 issues, starting in 1980 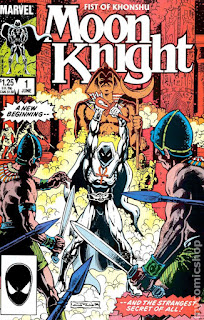 Moon Knight then had a second run and was brought back in 1985 with the six issue mini Series ‘Fist of Khonshu’, but this time he was having psychological difficulties maintaining the different personas that he had cultivated resulting in him experiencing mental health difficulties and hung up his cloak, only to be summoned back to Egypt and infused with lunar based strength that gave him increased abilities depending on the phase of the moon.

It was in this 60 issue run that a number of things happened, like joining the West Coast Avengers, fighting more extra terrestrial villains. In this run, Marc Spector died again, only to have Khonshu resurrect him. 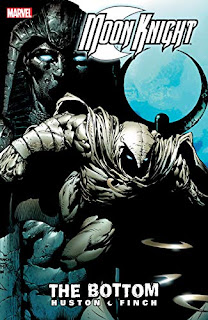 In 2006, the series was resurrected with crime novelist Charlie Huston (author of the Henry Thompson books and Joe Pitt Casebooks, amongst others) and upcoming artist David Finch (Cyberforce, Fallen Son: The Death of Captain America amongst others). This time he was taken back to his gritty roots.

This was about the time of the first Civil Wars and ultimately (at the behest of Khonshu, so that he could carry on his work uninterrupted) signed the Superhero Registration Act (The Sakovia Accords in the films), and he also was with the Avengers again, this time with Steve Rogers Secret Avengers (which included Beast, Black Widow, War Machine, Sharon Carter, Nova). 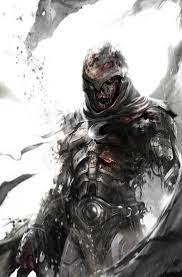 In 2009, a ten issue Vengeance of Moon knight was released, which saw Moon Knight kitted out with new weapons etc. However, at the same time in the Secret Avengers, Mr Knight, another facet of Moon Knight’s persona was introduced by Warren Ellis, who wore a white suit and mask rather than the Moon Knight we all know and love. 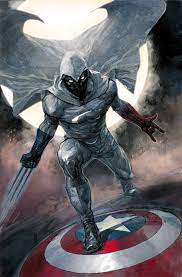 In 2011, Brian Michael Bendis launched a short lived Moon Knight run in which Moon Knight believes he is still in the Avengers and though working independently, he still believes that he is working with Captain America, Spiderman and Wolverine, although they are part of his own psyche. He would dress and act as these various Avengers, even though it was just him. 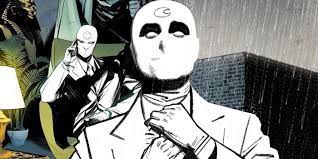 The next iteration of Moon Knight in 2014, came with the Marvel Now initiative. This time the Mr Knight persona was used again by Warren Ellis, and it was in this run that we find out why Moon Knight dresses in white, so that the criminals can see him coming! Not only that, we get a different description of Moon Knight’s mental illness (which was not clearly defined, sometimes it is Dissociative Identity Disorder, in earlier volumes, schizophrenia). However, in this run it is due to the fact that Khonshu, an alien entity, had actually altered Marc Spector’s brain chemistry and it was actually brain damage that caused Moon Knight to shift personalities to match one of the God’s four main facets of "pathfinder", "embracer", "defender", and "watcher of overnight travelers." 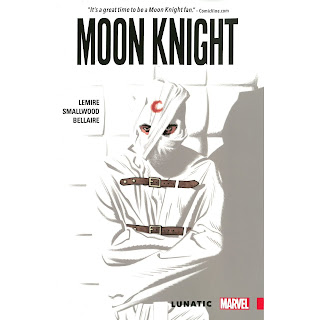 Jeff Lemire’s run on Moon Knight, revises Moon Knight’s Mental Health difficulties again, and gives the idea that his mental health difficulties pre-dated him as a superhero and that Steve Grant, the millionaire entrepreneur was actually a invented facet of his personality and imaginary friend when he was a boy. This time, it launched Moon Knight as being detained in a mental health institution along with most of his friends and allies. 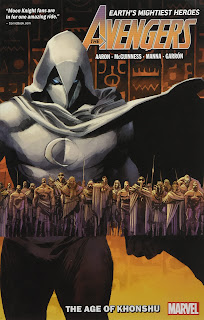 Now, here comes another twist in the convoluted history of Moon Knight, In The Avengers, #33-38, Khonshu decides that he is going to take over the earth for its own good, and subsequently compels Moon Knight to undertake its bidding. 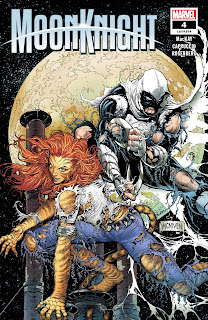 Finally, in 2021, Moon Knight is still doing his crime fighting, However, he is also the High Priest of The Midnight Mission, a congregation dedicated to Khonshu


Please note that all images are from Marvel Entertainment.