The Seventh Cadence By Jim Wilbourne 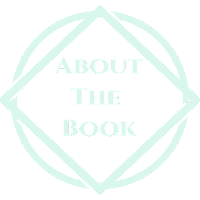 After a supernatural and unforeseen calamity shatters the tentative alliance of the five realms, the Deseran Dominion has returned to take back their homeland and restore their oppressive regime.

As the Dominion readies their troops for invasion, the fate of the entire world rests in the hands of a fugitive scientist, a powerful pacifist, and an unseasoned prince with little to guide them but their own ideals. With the freedom of a kingdom at risk, each must find their place in a world torn asunder.

The Seventh Cadence is a sweeping high fantasy epic of war, found family, and reckoning with fate. 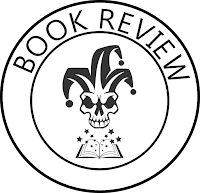 The Seventh Cadence is as interesting novel that introduces a new world to readers that lies somewhere between Brandon Sanderson’s epic Stormlight series, and David Eddings’ chosen one familiarity.
Tele is a Keeper, a not altogether safe occupation and one that her family and the other Keepers have hidden in order to maintain knowledge that is passed through the generations until the Wizard Titan makes his triumphant return. However, the world has split into various races and religions that see the object of their religion in different lights, ranging from near slight observation of the religious edicts to the fundamentalist zealotry of the Dominion (the bad guys of the story).
If epic fantasy is your bag, then I would definitely point you in the direction of The Seventh Cadence. It has all the things that you would expect from the genre and it builds on these admirably. I have always had a soft spot for the found family trope, and the relationships between Tele and Navid, a seer who has the potential to be dangerous and every time that he meets others during their travels, we are aware that he is classed as a dangerous weapon and is thus shunned in fear from all that he meets, plays to that soft spot
It takes quite a while to see the sheer awesomeness that Navid is capable of, as throughout most of the book spends his time shielding those around him from the power that he holds. However, this is nicely played on and he is regularly seen as weak, especially by Tele, the prickly Keeper who has spent most of her time shielded by her family. Which whilst keeping her safe, also affects her ability to interact with others around her, and a large portion of the first act of the book shows us the steadily growing relationships between her and Navid as we learn about the two characters and the main motivations that drive them.
In amongst Tele and Navid’s story is the build up of political events in the city of Caldor, and the King of the Hzorah, Jeremiah. Besides giving the reader some political and cultural insight into the world the characters inhabit, it is also an opportunity for the book to provide some background to how the world was shaped. We learn that the world is split into a number of different cultures that were once dominated by the Dominion, and their fundamentalist religion The Creed. However, through a series of wars and skirmishes the people gained their freedom and their right to self-govern themselves. However, the Dominion, with the Prophet Tristan are always in the background, ready to reassert their dominance and bring everyone back into the fold, including the religious leaders of the other lands, The prophets.
During Jeremiah’s stay in the city of Caldor, calamity strikes and a whole city is decimated resulting in the death of King Jeremiah, and subsequently leading the way for another of the main characters to be introduced, the reluctant boy king Gabriel, who whilst being a fearsome warrior, does not really see himself as the leader that his father was.
Structurally, the book alternates between the points of view of four main characters, Gabriel, Tele and Navid, Amie and her sister Mara (who we learn are related to Navid, quite early in the book) and a member of the Dominion, General Darius Gareth. With these differing points of view, Jim Wilbourne is able to give differing world views and build the different areas and people that the characters encounter.
There is a lot of world building within The Seventh Cadence, and Jim Wilbourne is able to carefully add layer by layer, different aspects of the world. At times, the intricateness of the world building can hamper the pacing of the plot as Jim Wilbourne takes his time to layer his canvas. However, if you have patience and enjoy the carefully laid strokes you are rewarded with an ambitiously entertaining introduction to The Continua Chronicles.
All in all, The Seveth Cadence is a bold introduction to Jim Wilbourne’s epic world vision, and I cannot wait to see where the next installment leads, especially with that cliff-hanger of an ending. 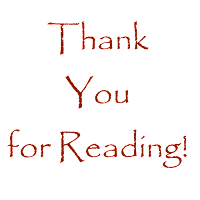