Up on the blog today is a review of Paladin Unbound by Jeff Speight. This is one that has been garnering quite a bit of attention in Fantasyland and I was so glad that Jeff Speight got in touch asking me if I wanted to read his new book. Now I do have to mention the cover by Ömer Burak Önal, which is utterly stunning, and you can find more of his works on his Artstation page.

The last of a dying breed, a holy warrior must rise up against a growing darkness in Evelium.
The most unlikely of heroes, a lowly itinerant mercenary, Umhra the Peacebreaker is shunned by society for his mongrel half-Orc blood. Desperate to find work for himself and his band of fighters, Umhra agrees to help solve a rash of mysterious disappearances, but uncovers a larger, more insidious plot to overthrow the natural order of Evelium in the process.
As Umhra journeys into the depths of Telsidor’s Keep to search for the missing, he confronts an ancient evil and, after suffering a great loss, turns to the god he disavowed for help.
Compelled to save the kingdom he loves, can he defeat the enemy while protecting his true identity, or must he risk everything? 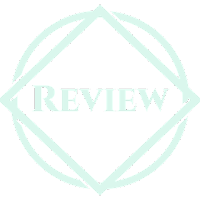 Paladin Unbound is just one of the books that you cannot help but like. I was whooshed into the world of Elevium from the first page with the description of a fateful meeting between the gods as they finally end a war between themselves.

Immediately as we start the book, Jeff Speight introduces us to the world that Paladin Unbound is set in, giving us a bit of lore that underpins the story. He gives us Gods, and more precisely, a war between Gods. And to boot, what we get is the actual event that makes the big bad, the big bad!

From there, our main protagonist makes his entrance, the dashing young hero and his band of merry men. It has that kind of feel to it! Whoa, whoa , whoa – hang on a minute! There’s something gone awry here. What do you mean there is no dashing hero and his band of merry men? Are you telling me that the main guy of the book is an Orc? And not even a full Orc? What about the rest of the merry men? They are half Orcs as well? You are having a laugh aren’t you?

Yep, there we have it folks, the main character is a half orc and he isn’t even bad, he has a sense of morals and he’s a Paladin. What’s going on? Okay, Okay, let’s start at the beginning.

Umrha and his band of merry half Orcs are out to prove that they ain’t just some kind of dull witted orcish types, and they are out to win a contract – even though they know they won’t get the contract coz, well, we might as well say it, they are half Orcs. And nobody likes a half orc. The humas don’t like half orcs, coz they are half Orcs (obvious innit!).

Dejected and shunned, they are just on their way out of the town of Anaris, when by a twist of fate, things take a little bit of a turn in the right direction. For some inexplicable reason they manage to engage in a meeting with the ruler of Anaris, Lord Morrow, who surprisingly gets a recommendation to let this band of half orcs discover the reason the townsfolk are disappearing in mysterious circumstances. As is the way of things, events are not going to go in the direction that you expect and the band of merry half orcs find themselves dealing with something that no one could have predicted.

Like I said, I couldn’t help liking this book. It just has a sheer exuberance to it and you can tell that Jeff Speight is enjoying himself in this book. It is filled with good characters, that I have to say, I did get a little attached to. Umhra is a good character. He has a strong sense of justice and keeps within the rights and wrongs of society, However, he doesn’t find his feet as such until he lets his true nature emerge, and it is at this point that the story flies in earnest, because not only does he become a fully fledged Paladin, but he also joins an adventuring party, has a few side quests and sets out on his mission.

Now one of the things that I stood out for me about this book is that it is full of contradictions. For instance, the alteration of the dashing young hero that is to meet his destiny, to what is normally seen as the bad guy, and is usually portrayed as such within fantasy fiction to tipping it on its head and making him the good guy. In addition to this there’s the writing style itself, and what I mean by this, is that Jeff Speight’s writing is quite light in places. However, he is not afraid to smatter and pepper the story with bookets (I know I have spelled buckets wrong, but I like it, so there!) of blood and gore. In fact, to be honest with you, I think seas of blood is more apt.

Throughout the story, the plot moves in a linear way, with some side quests thrown in, but never detracting from where the book has got to get to! However, he when introduces us to new characters part way through the story, they all mesh perfectly. As I said initially, Umhra’s party are a band of half orcs that roam the country, being a kind of mercenary band for hire. However, about a quarter of the way through the book, events occur, and something happens to Umhra and his band that require the introduction of a new set of characters. This is done rather well, and the inclusion of a whole new set of characters part way through the book and I never really noticed the transition as it felt like an organic development of the plot.

The characters are all good and they equally get their time in the spotlight to give us a clue to their identity and backstory. Umhra in particular shines as the main character but he does not overshadow the others.

The worldbuilding and lore is something that I particularly liked, as Jeff Speight carefully builds the lore of the world with extracts from various history books associated with the lands that the characters inhabit. Whilst initially seeming to be random bits of information, it soon becomes clear that the extracts do have some bearing on the story, and I have to say that I found this particularly satisfying.

Paladin Unbound is an exciting debut from Jeff Speight and with this first introduction to the world of Elevium, I am intrigued to see where it goes next.

Well there goes, and I hope you enjoyed the review. 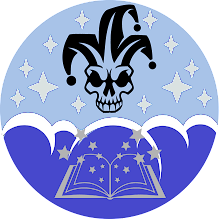