Among Thieves By M.J. Kuhn


Good Morning, afternoon, evening or whenever you are reading this. Among Thieves is one of those books that as soon as I saw the premise of it (and that cover!), I knew I just had to read. It's the debut book by M.J.Kuhn and was released yesterday. 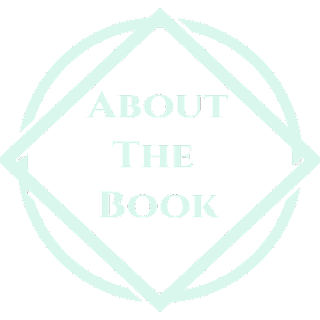 A high-stakes heist novel set in a gritty world of magic and malice
In just over a year’s time, Ryia Cautella has already earned herself a reputation as the quickest, deadliest blade in the dockside city of Carrowwick—not to mention the sharpest tongue. But Ryia Cautella is not her real name.
For the past six years, a deadly secret has kept her in hiding, running from town to town, doing whatever it takes to stay one step ahead of the formidable Guildmaster—the sovereign ruler of the five kingdoms of Thamorr. No matter how far or fast she travels, his servants never fail to track her down...but even the most powerful men can be defeated.
Ryia’s path now leads directly into the heart of the Guildmaster’s stronghold, and against every instinct she has, it’s not a path she can walk alone. Forced to team up with a crew of assorted miscreants, smugglers, and thieves, Ryia must plan her next moves very carefully. If she succeeds, her freedom is won once and for all…but unfortunately for Ryia, her new allies are nearly as selfish as she is, and they all have plans of their own. 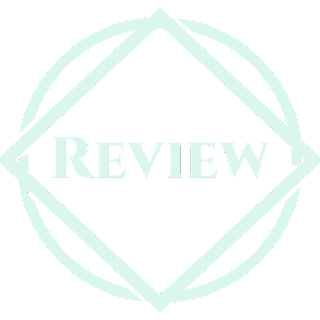 Among Thieves is the debut story from M. J. Kuhn set in the world of Thamorr. It’s a pacy, heist novel based around gangs in the city of Carrowwick.
I enjoyed this slick tale of chicanary, that is a bit Ocean’s Eleven set in a fantasy land and it works well. We have all the tropes of the traditional heist movie, including getting the gang together, arguing with creepy boss, in this case Callum Clem, leader of the Saints gang who is also the boss of the main characters as they happen to be part of the same gang, and all the other things like twists, turns, betrayals and morally defunct characters that will happily stab you in the back whilst nicking the spare change in your pocket.
The story is a multi POV story, but the main the one that stands out is Ryia, otherwise known as The Butcher of Carrowwick, a master assassin who has never been known to miss her mark.
In addition to Ryia’s pov, there are four other points of view that revolve around Ivan, a master of disguise. Evelyn, a disgraced captain of the king's guard, Nash, who is a piratical type and finally Tristan. A young man who is in love with Ryia and also always at her side, and not without his own shred of mystery.
Now obviously when you write about fantasy ganglands it is going to garner a number of comparisons to certain other books, but Among Thieves clearly sets itself apart and M.J. Kuhn forges her own path with her distinctive world and characters.
In Among Theives, M. J. Kuhn has crafted a bit of  a dark environment that is quite dystopian, filled with gangs, power mad kings and an intriguing magic system, which I found particularly interesting. What we have is one  overlord called the Guildmaster whose lineage helpfully removed bad things like war, kings, the need to have intriguing power struggles etc by banning all magic, enslaving anyone who may have innate magical abilities and turning them into mindless drones that he pimps out to the highest bidder. Simples! Nothing wrong with that and it all works like clockwork (obviously, the sarcasm is a little drippy, as you can guess it simply oozes off those words). In addition to this, there are the adepts and the Kinetics, who are the enslaved magical types who get their mind wiped and are then employed as guards by the notables of the world.
The characters are all well rounded and I enjoyed spending time with them, particularly Ryia, and her character arc in particular.  One of the things in this book that I liked is that each character is in it for their own personal gain and there is a relatively large amount of backstabbing and subplotting going off, which M. J. Kuhn uses effectively to cause tension in the group. However, as the book progresses, she sneakily gives the characters time to develop a relationship, and M. J. Kuhn elegantly employs some of my favourite fantasy tropes, such as the found family and enemies to friends tropes. In addition to this, the rest of the ensemble cast that are in the book are equally as fascinating, such as Ivan, and Tristan
I have seen it mentioned in some reviews that there is not an intricate level of world building. However, for me, this is not such an issue and I found that for a standalone book there was enough world building that gave a good level of understanding of the world, the history and the lore. I also think that there is ample opportunity to gain a more in depth understanding if M. J. Kuhn revisits this world (which I hope she does!).
The plot twists and turns and you never know what is going to happen. I found myself wanting to keep reading as there was always a heart in your mouth situation where I need to read just one more chapter to find out what is going to happen.
If you are up for a slick, heist story with morally redundant characters then I think that this might be up your alley. Among Thieves is a promising debut that is full of fun, escapism and heisty frolics, and I cannot wait to see what M. J. Kuhn will do next.
Among Thieves is out now and available from your usual friendly neighborhood bookshop.