The Dharkan by Susana Imaginario 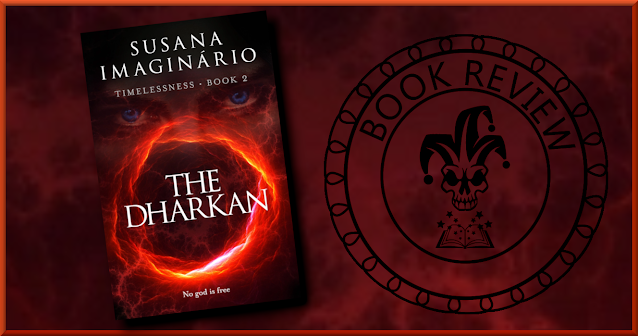 The enemy is defeated.

The gods strike a truce.

And the Dharkan strike against the gods.

Victory has cost both gods and mortals dearly. The veil between life and death in Niflheim is thinner than ever. Try as they might, the gods are powerless against the influence of Time, and their past mistakes threaten not only their future but their very existence.

Now the fate of eternity rests in the unlikely alliance between the goddess of the soul and a soulless Dharkan, as they must work together to achieve peace between the living and the dead in Aegea. And although their goals may seem similar, the motivations behind them couldn’t be more at odds with each other.

This is my second outing with the Timelessness Series. And again, I listened to this on audio, which was given to me by the author who said, “Do you want to have a listen to the next one then?” Obviously, I nodded my head off my shoulders in response for the chance to carry on with the series and listen to Sarah Kempton’s great narration.

Now to say that I like this one is a bit of an understatement. In fact I absolutely loved it!

If you haven’t read the Timelessness series, here’s a bit of what it’s about (and I will try to do this spoiler free, but I don’t think I can in all honesty, because in this second book we know who ‘Butterfly’ is from the first book. Hmm! It’s going to be a little difficult! Okay, if you haven’t read the first one and you don’t want it spoiling then I would advise turning back now! Otherwise, read at your own peril!).

Right, let’s crack on then, shall we?

The Suzerain is dead! Frozen by The Dahrkan and smashed into a thousand iddy biddy jewelled crystals of ice (there ain’t no coming back from that one!). However, unfortunately there were casualties, and not only is The Suzerain dead, but so is Zeus, who for some unknown, inexplicable reason was attached to the Suzerain. And it was the Goddess of the Soul, Psyche, who sent him on his merry way. In addition to these two, Ileana, the daughter of the Suzerain, is also dead, which slightly rankles Aedan, the Dharkan as he might have had a bit of a thing for the Dryad which housed the soul of Psyche.

Psyche soon finds out that not only is Aedan a bit pissed off, but all the other gods think she’s a bit Wyrd! And a little bit dangerous! I mean she can kill a god, and none of the other Gods want that kind of power knocking about, so they lock her up! Coz that’s what Gods are good at – giving out punishment.

As this is the second book of the Timelessness series, I think I am used to how Susana Imaginario’s book works. It is such a unique way that she writes. To say that the whole world is a stage is an understatement. She uses different perspectives to tell different parts of the story. She flits about the world using different points of views, different characters, different times - all sorts and it just works. The book just clicked, and I was able to settle in and just go with the ride.

Initially, the story is compact and revolves around the events of the first book, and moving the story on to where it has to go. There is the return of some of the old characters and there is also the introduction of some new ones, Iva, the Dharkan, who has a rag tag group of disparates that she finds herself the leader of. Hades’s wife Persephone also makes an appearance, as does Hephaestus, and they all have their part to play in this epic tale of the war of the gods.

The Dharkan is mainly a character driven novel, but there is a very clear endpoint to the book and The Dharkan moves the story on further as events unfold.

In this book Psyche, is more like herself, and I have to say, I do love Psyche. She drinks, she swears and she makes full use of her not so secret power - her snarkiness. Yep, she is as snarky as ever, and this is what makes her such an endearing character. She sees things as they are without any rose tinted glasses, and happily tells it like it is without impunity. The rest of the characters all have their part to play. I have to say I find Aedan pretty annoying, and again that is the beauty of Susana Imaginario’s writing, in that he is supposed to be a bit annoying, so her characterisations are totally on the ball.

There are many plots going on throughout the book, with each god having their own agenda, and these plots carefully weave through the narrative to reach its ultimate conclusion.

The Gods are a capricious lot, and they lie, they plot and they scheme. Each one bouncing off the other one, interplaying and interconnecting intricately.

The Dharkhan is an excellent entry into the Timelessness series and I cannot wait to get on the next one Nephilim’s Hex.

(Actually I am about half way through Nephilim's Hex!)

Thank you for visiting the site 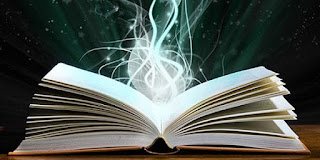 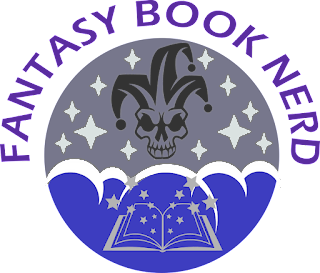