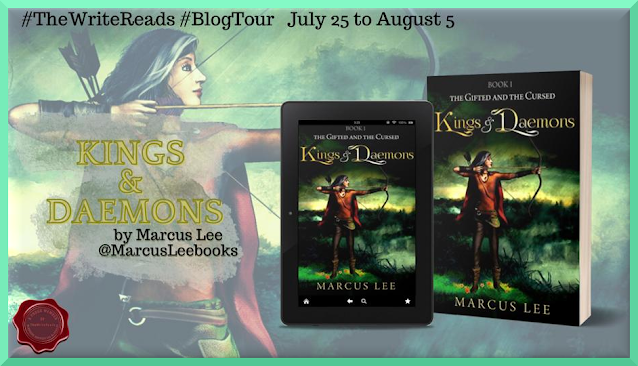 Being on this tour is really good for me as revisiting Kings & Daemons is like revisiting an old friend (well realistcally, it's not that long ago in terms of time, but for a book blogger it is quite a while in terms of books), so it is really nice to have a look at this again.

If you haven't seen any of the other fantastic bloggers who have read this already, let me tell you a bit about the book.

If you like fantasy tales of conquest, dark kings, daemonic heroes, and magic, you’ll love 'Kings and Daemons' by Epic Fantasy author, Marcus Lee. This is a spellbinding Dark Fantasy novel which will enchant you with its plot of ambition, revenge, love, and tragedy. What the gods give with one hand, they take away with the other, for if you are gifted, you shall also be cursed.

Over fifty years have passed since Daleth the seemingly immortal Witch-King, and his army conquered the Ember Kingdom.

Now, with the once fertile lands and its enslaved people dying around him, the Witch-King, driven by his insatiable thirst for eternal youth, prepares his forces to march on the prosperous neighbouring Freestates. It will be the beginnings of a conquest that could destroy nations, bringing death and destruction on an unimaginable scale.

Then, when a peasant huntress whose rare gift was concealed from birth is exposed, it sets in motion a chain of events that could alter the destiny of generations to come. 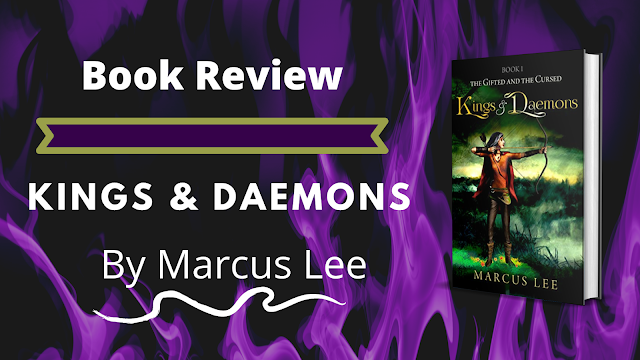 As I said, I wrote a review of this a while ago and you can see that post HERE

Writing hasn't always been a serious hobby for me ... but it has always been there, lurking in the shadows, serving me well when called upon.

As I look back over the years, I realise I was guilty of writing many short stories, as well as poetry, and I'd like to think, that even if they were never intended to be published, they were nonetheless warmly received by the intended recipients.

Then in 2019, I was inspired to write not just a short story, or poetry, but a book. Then, suddenly, one book turned into a trilogy and a labour of love, and it was a love I wanted to share with the world.

So, here we are. The pandemic that put my career in sport on hold also gave me the opportunity to lavish time on my alternative hobby, and now I've started, I don't intend to stop.