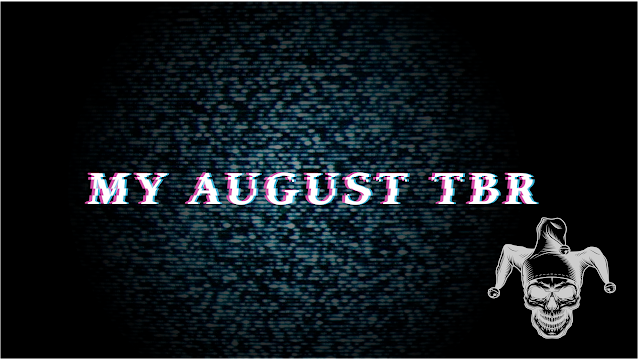 Hello and good evening everyone.

Well, I do have some reviews to write but I haven't quite written them as yet. I know! I know! HOw can you have a review site when you haven't written a review. Well, dear readers, I have been on a little bit of a staycation and I have also been familiarising myself with some new (it's really old though) imaging software, and whenever I get started with that, time just flies I am afraid.

So anyway, on to the post. I never usually do this, because when it comes to TBR's, I never know where my mood will take me, and as a mood reader, I tend to veer off strict TBR lists. However, this time, I am going to try and stick to this one!

So what do we have in store for you this month. Well, to be honest with you, this month is a pretty full up month. There are a couple of tours with The Write Reads Tours. one of these is one of my favorites from last year, and that is Marcus Lee's 'Kings & Daemons.

I will also be hosting another tour for Fireborn Twelve and the Frozen Forest by Aisling Fowler, which is a middle grade fantasy, so might be one to watch out for if you have a younger fantasy book nerd in the house. As you can see, it's a pretty full month!

Let's have a little closer look. As you can see there are a couple ARCS on there. Let's go from top to bottom, left to right. Just to make you aware, the pictures are not in order of their to be read status. I will read them according to priority, and some have a bit more priority than others due to archive dates (the dates that Netgalley shut down their feedback thingy)

The Hand of the Sun King by J.T. Greathouse.

I have so much about this and I have been dying to read it.

All my life, I have been torn between two legacies: that of my father, whose roots trace back to the right hand of the Emperor. That of my mother's family, who reject the oppressive Empire and embrace the resistance.

I can choose between them - between protecting my family, or protecting my people - or I can search out a better path . . . a magical path, filled with secrets, unbound by Empire or resistance, which could shake my world to its very foundation.

But my search for freedom will entangle me in a war between the gods themselves . . .

Next up will be The Serpent & The Dead by Anna Stephens.

I mean come on, Anna Stephens doing a Marvel book about Brumhilde & Lady Sif. In Asgard! What's not to get excited about.

In The Serpent and the Dead, Brunnhilde the Valkyrie, the fearsome Asgardian warrior entrusted with conveying worthy souls to the heroes’ afterlife, stalks a battlefield finding only empty husks. Yet the souls are not already in Valhalla, or the lesser afterworlds—they have vanished.

She enlists the aid of the valiant Lady Sif, and together they scour Asgard for answers. Rumors abound of towns being attacked by a horde of soldiers who cannot be killed. Someone is building an immortal army and stealing Asgardian souls… A worthy challenge for two of Asgard’s mightiest champions!

Now, the rest are in no particular order.

Paladin Unbound by Jeff Speight has been getting a lot of positive results and I really neeeeed to read this. From what I have seen this is classic fantasy done well.

The last of a dying breed, a holy warrior must rise up against a growing darkness in Evelium.
The most unlikely of heroes, a lowly itinerant mercenary, Umhra the Peacebreaker is shunned by society for his mongrel half-Orc blood. Desperate to find work for himself and his band of fighters, Umhra agrees to help solve a rash of mysterious disappearances, but uncovers a larger, more insidious plot to overthrow the natural order of Evelium in the process.
As Umhra journeys into the depths of Telsidor’s Keep to search for the missing, he confronts an ancient evil and, after suffering a great loss, turns to the god he disavowed for help.
Compelled to save the kingdom he loves, can he defeat the enemy while protecting his true identity, or must he risk everything?

Fireborn by Aisling Fowler is for the Write Reads Tour.

Lyra. Lucy. Percy. Once in a generation, a hero emerges whose story enthralls readers worldwide.

Fireborn is an epic quest, perfect for fans of the His Dark Materials and The School for Good and Evil series, that will spin readers into a magical world like no other--and introduce them to an unforgettable new heroine named Twelve.

Ember is full of monsters.

Twelve gave up her name and identity to train in the art of hunting them--so she says. The truth is much more deadly: she trains to take revenge on those who took her family from her.

But when Twelve's new home is attacked, she'll find herself on an unexpected journey, where her hidden past is inescapably intertwined with her destiny--and the very fate of her world.

A book that I am really interested to read is The Hellborn King by Christopher Benning.

A KINGDOM AT WAR.
A ROYAL FAMILY AT WAR WITH ITSELF.

After the massacre of his people, Damien Dreadfire leads a patchwork army of unlikely allies against the Kingdom of Betanthia. The alliance teeters on the edge of a knife, as old rivalries between clans threatens to tear it apart. With the help of his trusted friend, Einarr, and a strange mystic, Damien launches a bold offensive that will decide the future of the free lands. Short on time, and even shorter on men, the fate of a once vibrant culture and its people rests on the outcome of the next battle.

Meanwhile, Betanthia's crown prince, Gareth Bethard, faces dangers of his own. With his family coming apart at the seams and a growing conspiracy afoot, he tries desperately to hold everything together. Even as Gareth grapples with inner demons, he must learn to take up his father's mantle as the protector of civilization and defeat Damien's invading horde. It's only the fate of a thousand-year dynasty resting on his shoulders, after all.

A book that I have had knocking about for ages is The Broken Heart of Arelium by Alex Robbins.

Now to be honest, I don't know much about this book, which makes it exciting. As I have said before, I love going into a book with no prior knowledge as I feel like a bit of an explorer, charting unknown territory.

Some Things Must Never Be Forgotten.

Over 400 years ago, twelve great warriors united the beleaguered armies of men and scoured the war-torn lands of evil, pushing the enemy back into the underground pits and caverns from whence they came. To ensure their legacy, each of the Twelve founded fortress monasteries to impart their unique knowledge of war and politics to a select few, the Knights of the Twelve.

But now the last of the Twelve have long since passed from history to legend and the Knights, their numbers dwindling, are harbouring a dark and terrible secret that must be protected at all costs.

Merad Reed has spent half his life guarding a great crater known as the Pit, yearning for some escape from the bleak monotony. Then the arrival of Aldarin, one of the few remaining Knights of the Twelve, sets off a chain of cataclysmic events that will change Reed forever.

To the north, Jelaïa del Arelium, heiress to the richest of the nine Baronies, must learn to navigate the swirling political currents of her father’s court if she hopes one day to take his place. But the flickering flames of ambition hide the shadow of an even greater threat.

And deep within the earth, something is stirring.

The next book is a fantasy based around mythology. And who doesn't like a book about Muythology. Also, it has Sarah Chorn as an editor, and besides the fact that she writes some of the best books, she also edits great books too. This one is The Gifts of Pandora by Matt Larkin, So a little

The winding road of fate unfolds …

In the last days of the Silver Age, the tyrant god Zeus takes whatever and whomever he wants with impunity. He has already torn Pandora from one home and now he threatens to destroy another. When he turns his wrath upon Atlantis, Pandora flees with the Titan Prometheus.

Despite her bitterness, Pandora finds a friendship she never imagined possible. But Zeus is not done with Prometheus, and what Pandora will face next will make all she has endured pale in comparison.

But Pandora has considerable gifts of her own, not least her cunning mind. When Zeus binds Prometheus, Pandora swears to turn all those gifts toward bringing Zeus down and saving her one true companion.

And the penultimate book is a book that I read the first of the series earlier this year and will be my regular foray into cosmic Horror. However, this is also mixed with a bit of detective fiction. I found that this worked really well and som am looking forward to reading Those Under The Hill by Mark N Drake

It’s eight months after the events in ‘The Gathering of Shadows’ and Jack Glennison is about to get pulled back to Darkisle, this time to investigate the disappearance of a young boy. If he thought he knew what the island could throw at him, he soon realises he was sadly mistaken. For Darkisle abounds in secrets. And some secrets are best left buried…

And the final one is Dragon Mage by M.L. Spencer.

As usual, events have taken over and I haven't managed to read this yet despite the fact that I have had it for ages.

So when the Audiobook came out, it was a no brainer really.

So there we have it folks. That is the list of books I will (hopefully) be reading. You know how it is, you start off with the best of intentions!

And just as a special mention, August is the month that the conclusion of one my favorite trilogies comes out and I will be taking part in the blog tour for

Amd that is not all! Later this month, there is also a cover reveal for one of my Twitter pals

Have a Happy Yorkshire Day! 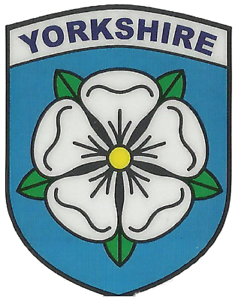