Book Review | Keeper of the Fallen by Alyssa Lauseng

Keeper Of The Fallen 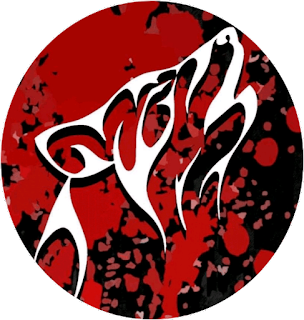 "The spirits have placed a very important task in your hands."A massacre. An escape. Sonika could have been a warrior and a leader if she hadn't been ripped from her homeland as a child. As the last of the Okami, she will never stop fighting for her right to live.Stalking the shadows is the only world Kulako knows. Heart filled with hatred, death by his blade is inevitable, but who he is beneath that darkness longs for something else.When a twist of fate forces their lives to collide, their choices may be enough to hold back the merciless coils of the Giahatio.But not even the will of the Gods can stop the will of the Emperor.

Alyssa Lauseng is a fantasy writer who lives in Michigan's beautiful Upper Peninsula with her husband, two warrior princesses, and moose-dog. When not writing or momm-ing, she practices Kuk Sool Won, listens to metal, and tries to draw. Her upcoming novel, keeper of the fallen, is a light adult fantasy which includes romantic themes, fighting for what is right, and having the courage to do so. She can be found on Twitter @5FeetofRedFury and will nerd out about just about anything with you.

Keeper of the Fallen is published by Shadow Spark Publishing and is out now!

Hello fantasy book nerds! Today I have a review of Keeper of the Fallen by Alyssa Lauseng.

Alyssa recently got in touch asking me if I would review her new book, which is the first instalment of the Keeper Trilogy.

The book is an Asian inspired fantasy with loads of martial arts, assassins and mystical spirits.

Initially the book introduces us to our main character, Sonika, a young Okami girl who are a race of people that are highly in tune with the environment and nature, on the island of Othaka. A people that are in tune with everything around them, and commune with the wolf spirits (who feature quite prominently throughout the book as a kind of portent to events). Almost immediately we are plunged into the story as those around Sonika are cruelly slaughtered after they are betrayed by the Giahatians, a cruel, warlike community who rule over their empire with fear and terror, and she is left for dead.

As this is quite a short book, Alyssa Lauseng wastes no time in introducing us to protagonist no.2, Kulako. Who is currently held in a harsh military assassin training school on Perena, where even the slightest infringement of the rules will earn you a beating of the harshest kind. And in addition to that, it isn’t guaranteed that you will see the day out. Kulako comes from the slave island of Okara, being indentured to the brutal assassin regime when he was six years old, when he was sold to the Giahatians by his father.

I think you can see a theme running through here. These Giahatians are not the peace, love and live in harmony with others type, are they?

Anyway, back to Sonika, who has been left for dead! (This is not a spoiler, because it says it on the back of the book) Sonika survives! However, she then escapes the island, pops over to another one, gets taken in by a kindly old couple, and happy days! Except, it doesn’t quite work like that. Our poor Sonika is harried from island to island as the Giahatians mercilessly hunt for her in their bid to wipe out her race completely. Whilst there are moments of peace and quiet for Sonika, she does have a pretty horrid time of it initially, and in her hour of desperation she ends up in the care of Okubo, who is at best described as a waste of good skin, and subsequently takes advantage of the situation that Sonika finds herself in.

Now I may have painted a slightly jovial picture of the book, but the story is far from that, and at times deals with some pretty hard stuff including domestic and sexual violence. In addition to that there is violence against children, particularly in Kulako’s case who is basically being indoctrinated and honed into a compassionless killer by quite brutal means.

Alyssa Lauseng deals with these issues sensitively and with compassion. Especially with Sonika’s story. She successfully navigates her story, highlighting that even though Sonika is a strong woman, there are situations that go beyond her control, and even when Sonika recognises the danger, she does not have the means to escape her predicament and is subsequently trapped.

However,it is not all doom and gloom, as Alyssa Lauseng skilfully blends the tones of the book by adding lightness and hope to the story as well. Nicely adding balance to the story.

Throughout the book, Alyssa Lauseng brings the characters of Sonika and Kulako to life, bringng different perspectives and expanding the environments of the world by  following these two points of view. In Kulako’s story, there are some elements that are instantly recognisable in any coming of age story, or even assassin’s school story. We have the obligatory bullies, harsh teachers and brutal regime that serves to remove any kind of compassion, even to those that they call friends. It is a harsh and horrible situation, that is made equally distasteful by those who (and I say this in the loosest way possible) care for them.

It is not long that you learn that the empire of the Giahatians is built on hate, fear, racial purity and subjugation.

I think before we go any further, I am going to have to mention the world building in this book. The world in this book really captured my imagination, and similar to Andrea Stewart’s The Bone Shard Daughter, is set in a world, with a number of different islands, ruled by a centralised government, the tyrannical Giahatians. I have to admit that I do like this type of environment, as it gives the ability to introduce vastly different cultures, environments and motivations within the world.

There is a lot of island hopping in this book, as characters move from one island to the other. So, it can be refreshing because if you were stuck primarily in Perena, it is going to become pretty grinding.

Whilst Keeper of the Fallen is pretty low on  magic, in the sense that it does not have loads of people chucking spells about every two minutes, it is quite high with the mysticism. And this is the main driving force, at times giving an almost epic feel to the book. Especially later on in the story.

One of the things that stood out for me was Alyssa Lauseng’s writing. She impressed me with a number of things throughout the book. Her writing is engaging, and never once did I lose my concentration with the story. She shows a particular adeptness for engaging the reader, and showing them the world that the characters live in, entrenching it in the plot rather than as big chunks of information, giving the reader the immersion in the world that she has created rather than them being general observers.

For me, whilst on the one hand I found the brevity of the book mostly worked in its favour, I did find myself wanting some more expansion of the story at times, and with some of the characters. I did feel that I wanted to know more of their motivations, or how this world had evolved. I wanted to know more about the shift of the balance of power that led to the development of the social structure of the environment. Whether that is to come further in the story, I don’t know. I also wanted to see more of the Emperor as well. He felt a little like a cursory character in this story. In addition to that, there were certain scenes that seemed to be over in a flash and I had to go back and read them again to see if they really happened, such as Kulako’s second encounter with Roku. However, on the flip side of this, the books brevity was also its strength in that Alyssa Lauseng didn’t waste any words. She got to the heart of the story without any superfluous exposition.

Keeper of the Fallen is an introduction that is bursting with promise, and I found myself engrossed in this mystical story of family, assassins, gods and tyrannical empires.