Blog Tour | Crown of a Sundered Empire by J.C. Kang 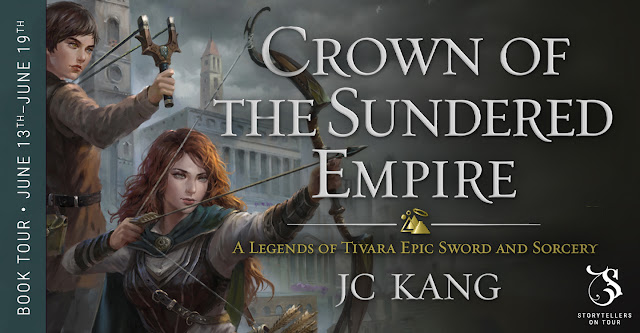 Only the demon in Tomas’ glass eye can save his village.

In a broken land where conquerors dream of empires, Tomas dreams of a day when the townsfolk won’t taunt him. After all, he’s the fishing village kid with a misshapen face.

Only the Rune vendor’s daughter treats him well. To win her heart, he relies on a quick wit and local superstitions to convince her he has Diviner’s Sight.

But if he did, he would’ve foreseen magic-fearing invaders plucking out his mismatched eye.

Or the demon trapped in the glass replacement. It reveals a world beyond human vision, while whispering temptations in his mind.

Now, with his village caught between the advancing armies of the Sun God’s mortal descendants and His Chosen People, Tomas must use a combination of calculation, cunning, and demonic insight to maneuver the forces of his world against each other—prince against prince, princess against princess, army against army—or see his home crushed forever beneath the wheels of war.

But to do so carries a dire risk.

Because using a demon could condemn your soul. 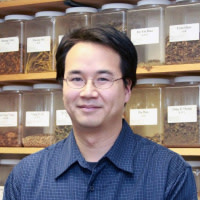 JC Kang’s unhealthy obsession with Fantasy and Sci-Fi began at an early age when his brother introduced him to The Chronicles of Narnia, Star Trek, and Star Wars. As an adult, he combines his geek roots with his professional experiences as a Chinese Medicine doctor, martial arts instructor, and technical writer to pen epic fantasy stories.
Website: http://jckang.dragonstonepress.us/
Twitter: http://www.twitter.com/jckang804
Instagram: https://www.instagram.com/jc.kang/
Facebook: http://www.facebook.com/legendsoftivara
Goodreads: https://www.goodreads.com/kangzhuang

Good morning, good afternoon and good evening everyone. It’s tour time again, and here I am on another of Storytellers on Tour’s magical mystery blog tours again. This time it’s for Crown of a Sundered Empire by J. C. Kang, and let me tell you a secret, I am writing this just as I have literally just finished reading the book. So, these are my thoughts straight from my head, so I haven't had much time to ferment the thoughts in my head.

Now. I must admit that I have only recently been introduced to J. C. Kang’s writing when I joined a readalong for Songs of Insurrection, which J.C. Kang was running earlier in the year.

So, when I saw that there was a tour for Crown of a Sundered Empire, I jumped at the chance.

I like J.C. Kang’s writing immensely! He has a knack of drawing you into the story immediately. As soon as I read the prologue and he mentions Avarax the dragon, I was hooked.

I always like the fact that at the beginning of the book, J. C. Kang gives us a cast of characters. I always find this useful. However, you never really need it as the characters are all distinctive and well imagined.

Initially, the story revolves around an invasion of the village of Lorium by the Bovyans of the Teleri Empire, whose main motivations for invading the countries that they invade is due to their horrific ideals in relation to obtaining the next generation of soldiers. This is pretty awful, however, whilst sexual violence is referred to several times, it never occurs. However, that does not diminish the horror of the invasion.

In the midst of this, is Tomas, a young streetwise fisher boy who attempts to rescue the girl that he is smitten by. However, he is punished by the  Bovyans who remove his eye as recompense.

However,  Crown of a Sundered Empire revolves around five points of view, which includes the half elf super spy, Jie.

I love Jie, the half elven spy. I met her first in Songs of Insurrection, and she stole the show in that book, and similarly, in Crown of a Sundered Empire, she steals the limelight each time the story centres on her.

When Jie enters the story, you know that there is going to be heaps of intrigue, and guess what Crown of the Sundered Empire is filled with the stuff. Even the subplots have subplots. But J.C. Kang is such a skilled writer that he keeps a tight leash on them all and then carefully draws them together at the end.

As I mentioned earlier, I had previously read Songs of Insurrection, so this aided me at times with Crown of a Sundered Empire as several times throughout the book, J. C. Kang puts in little easter eggs to other books, which I recognised. I don’t think it impacts on the story if you haven’t read any of the other books, but I did like these little references to the other the other books

There are a number of other storylines in the book, that include arranged marriages, the theft of priceless artifacts and infiltrating spies.

If you cannot guess, I enjoyed this book and there are  many good things about J.C. Kang’s writings. One of these is his ability to write strong female characters. In fact, when it comes to characters, the female characters stand out more than the male characters and for me they appear to be the main driving force in his stories.

Additionally, I like the fact that he does not coddle the reader in his stories. He simply throws the reader in at the deep end and he expects that whilst the reader may find the introduction to the world and the environment a little confusing, he trusts that the reader will catch up and stick with it. If you do, you are richly rewarded with a satisfying tale of daring dos that and an intriguing plot.

If you like your books to be full of political intrigue, then Crown of a Sundered Empire is definitely a book for you. 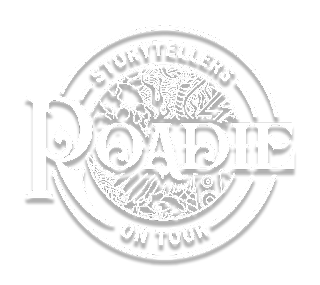