The God of Time wants to destroy Eternity.
A mysterious immortal seeks vengeance.
And a reclusive deity does what no god should ever do: she answers a prayer.
As punishment, she is stripped of her powers and trapped in a mortal's body. Now a Wyrd – a fated god – she is haunted by the memories and thoughts of her host and must hide her true identity in order to survive in Niflheim, the rival Norse Underworld.
There she discovers the afterlife is not quite what it used to be. Niflheim's new ruler threatens the precarious balance of a world overrun with outcast deities and mortals alike.
To save her own sanity and find her way back to the stars, she must help the other Wyrd overcome their grievances to defeat this enemy, but those who would be her allies appear to have motives as hidden as her fragmented consciousness.
And yet it seems the greatest threat to her freedom comes from within, and the prize it seeks is her immortal soul...

I have had Wyrd Gods for quite a while on my Kindle, but I was fortunate to win a copy of the Audiobook, which prompted me to get on with this book, and it came at the fortuitous time when I was between audios, so there you go.
Gordon Bennett was that a good move. I mean, I knew what the book was about basically and my interest was already piqued, especially with the mix of Greek and Norse Mythology. However, I was not prepared for how bloody good this book is. It was a delight. Sarah Kempton brought the book alive with her wonderful narration.
So what is the book about?
Now, I am only going to touch on the plot and give a basic idea as I do not want to give any spoilers. But the story, revolves around the fact that Chronos, the titan of time (I am sure he has a more formal title, but I like that) wants to destroy eternity, and an unknown god does what no God should ever do. She answers a prayer.
This results in her being stuck in the Underworld. And guess what? Things are not what they seem, it’s overrun with outcast gods and humans alike and she is stuck there, trapped in the body of a Dryad.
In order to get back to the stars, she has to hide her identity and journey through Nifleheim to free herself from her host.
The book is a mesmerisingly surreal journey through the Underworld, meeting the bizarre and odd inhabitants of the world.
What can I say about this book, it had everything. Brilliant characters, Especially, THE GOD whose job it is to get herself out of this environment. But not only that, everyone that she meets became my favorite character. There are a lot of characters that THE GOD meets on her journey through Niflheim, there is the capricious Ideth, who she meets originally. The alluringly charming Iosh, the duplicitous Odin. Everyone adds something to the story.
Susana Imaginario does some really brilliant things in this book that really impressed me. Initially, we are as disorientated in this world as THE GOD, and she successfully maintains this sense of disorientation, and along with the main character, we are drip fed little bits of information at the same time as the main character learns them. This gives a sense of immersion into the story. In some ways it reminds me of a video game, carefully controlling the character in an unfamiliar situation as we move our character from place to place, learning each little tip that will move us on to the next level.
However, she will then shift the point of view to another character, carefully giving extra bits of information that whilst, we as the reader have these extra bits of information, filling in the blanks and gaining extra perspective, the main character does not. We end up feeling omnipotent as we know more than our main character.
There are a number of different points of view in the book, and this wil give an extra dimension to a particular character or  to the plot, carefully revealing another layer. I found it to be a clever plot device that moved the story on considerably.
In addition to that, the world that Susana Imaginario builds is equally strange as it is baffling. At times it appears that this is an alien world. However, at other times it may be an extra dimension. I am never quite sure where I am. Just when I thought I had an angle on it, Susana Imaginario introduced another aspect that threw me, like teleportation devices. What? Where do they come into it?
I loved going on this journey with THE GOD and when we get to the end of the book, everything falls into place neatly. And that was when my brain went - Awww, Right! 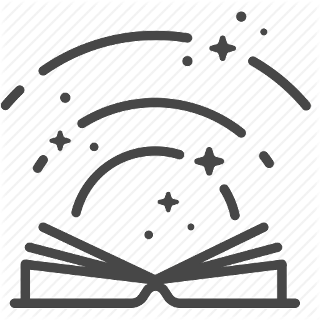