The Fall of Koli by M. R. Carey 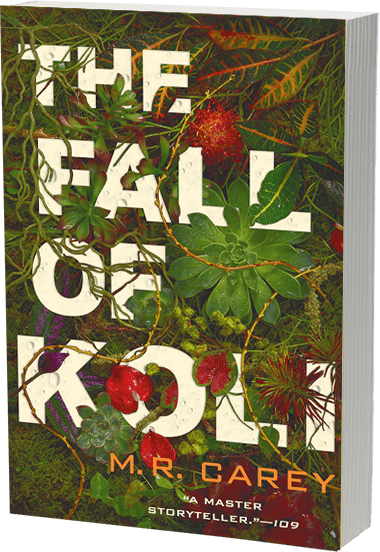 Some Information about the book:

Title | The Fall of Koli

The third and final novel in the Rampart trilogy - a breathtakingly original series set in a strange and deadly world of our own making, from the author of the million-copy-bestselling The Girl With All the Gifts

And here we are, the final book in Mike Carey's The Rampart Trilogy, ‘The Fall of Koli’

The Ramparts Trilogy has been an enthralling, exciting and distinctive series from start to finish and when I received an advanced reading copy (tips his hat to Netgalley and Orbit, well, Little Brown Hat group here in the UK) I was ultra-excited.

The Book of Koli was the first book that I ever reviewed and also the first post on the site. Obviously, I was giddy with excitement when I first reviewed that Book of Koli, and I feel like I have been on a journey with this series. Well effectively, I have! From the Yorkshire wilds to the destroyed south coast of Ingland and back again.

With the Fall of Koli, Mike Carey masterfully brings the Ramparts Trilogy to its inevitable conclusion. Filling the book with the shocking truth of the cataclysm, epic battles and new beginnings.

I have to say that I adore this book. Just being back with Koli and everyone else gives me a warm feeling. As soon as I started reading I was smiling at the brilliance of this book.

The story starts immediately where the last book ended, with our little dopey boy and the rest of the crew finally finding out what the ‘Sword of Albion’ is. This is the signal that Koli and the gang have been following since the first book. However, when they do get to the end of their quest, nothing is what it seems. Is it ever? After their boat nearly sinks, they are lifted to safety to the ship that they were heading towards.

The ship is populated by a crew of three. Paul, his wife Lorraine and their child Stanley. It’s not long before we learn that there are some strange happenings on this ship. Paul is a brutal man that barely hides his fervour for corporal punishment, Lorraine seems to be a doting mother, but there seems to be an underlying tinge of vileness to her and Stanley fluctuates from being a sociopathic little boy to someone who is almost begging for friendship. Something is not quite right here, and Carey builds on that feeling of disquiet until it reaches its crescendo midway through the book.

On top of that, it is obvious that the gang are not guests but in fact are prisoners that are only allowed to stay on board until they have completed the tasks that their ‘hosts’ have set for them. There is an insidious feeling permeating the whole of the first part of the narrative and whilst Carey does inform of the things that are wrong by drip feeding little bits of information it seems to add to the atmosphere. I must say that when Koli and the gang are on the ship, it plays out like a gothic horror novel with that feeling of wrongness enveloping the scenes that are set there.

However, whilst events are playing out with Koli, Cup, Monono Aware and Ursala, there are similarly climactic events occurring in Mythen Rood with Spinner and the Peacemaker, the faceless entity that resides in Half Ax and is demanding the return of what he sees is his property. All of the technology that is in the possession of the people of Mythen Rood

There are two stories at play in the Fall of Koli, and with that there are two main protagonists, Koli and Spinner. Throughout the book, Carey effectively weaves these two stories together, leaving each separate story at the end of a cliff-hanger, switching to the other viewpoint and then returning back to conclude it. I tell you this is so amazingly done, and it leaves you wanting to read each story as quick as you can so that you can return to the one you just left.

I love the style of this book, this cutting to each story to increase  the sense of urgency, and when the stories do converge, Carey masterfully increases the momentum of the book by maintaining those separate viewpoints and decreasing the length of time that we spend with each protagonist. Utter genius!

It has to be said that the writing in Carey’s book is just amazing. He carefully subverts language which results in it taking on a whole new meaning, for instance, when Spinner is telling the Story of Snow Wight, or paying a courtesy to others. This really blew my mind with the utter brilliantness of it. In addition to that I love that there are instances of broad Yorkshire vernacular. It was like seeing mi own thorts on't page.

It is similar with the characters in the book. You immediately rekindle your relationship with the characters. Koli is wide eyed and hopeful, Cup is hard and unforgiving but loyal, and Ursula is as distant as she was throughout the first two books. However, it is always with Monono that I feel that he excels. You would think that with all that is happening in the book there would not be time for character growth, but somehow Carey manages it, particularly with Monono.

Whilst the book centres primarily on Koli and Spinner, Carey intersperses the viewpoint of Monono and we get some chapters that are told solely from her perspective. This gives a valuable insight into her and how she functions, and how she grows. You would not think that there would be any room for her to expand, but Carey manages to give us a whole new perspective on her.

I have to say that The Fall of Koli is a phenomenal ending to a series that I have loved. Carey masterfully closes the series in such a satisfying way it left me bawling my eyes out. 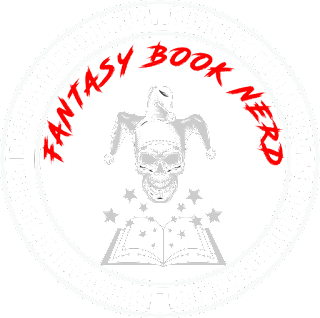