Faery: The Tiend by Igo Rab 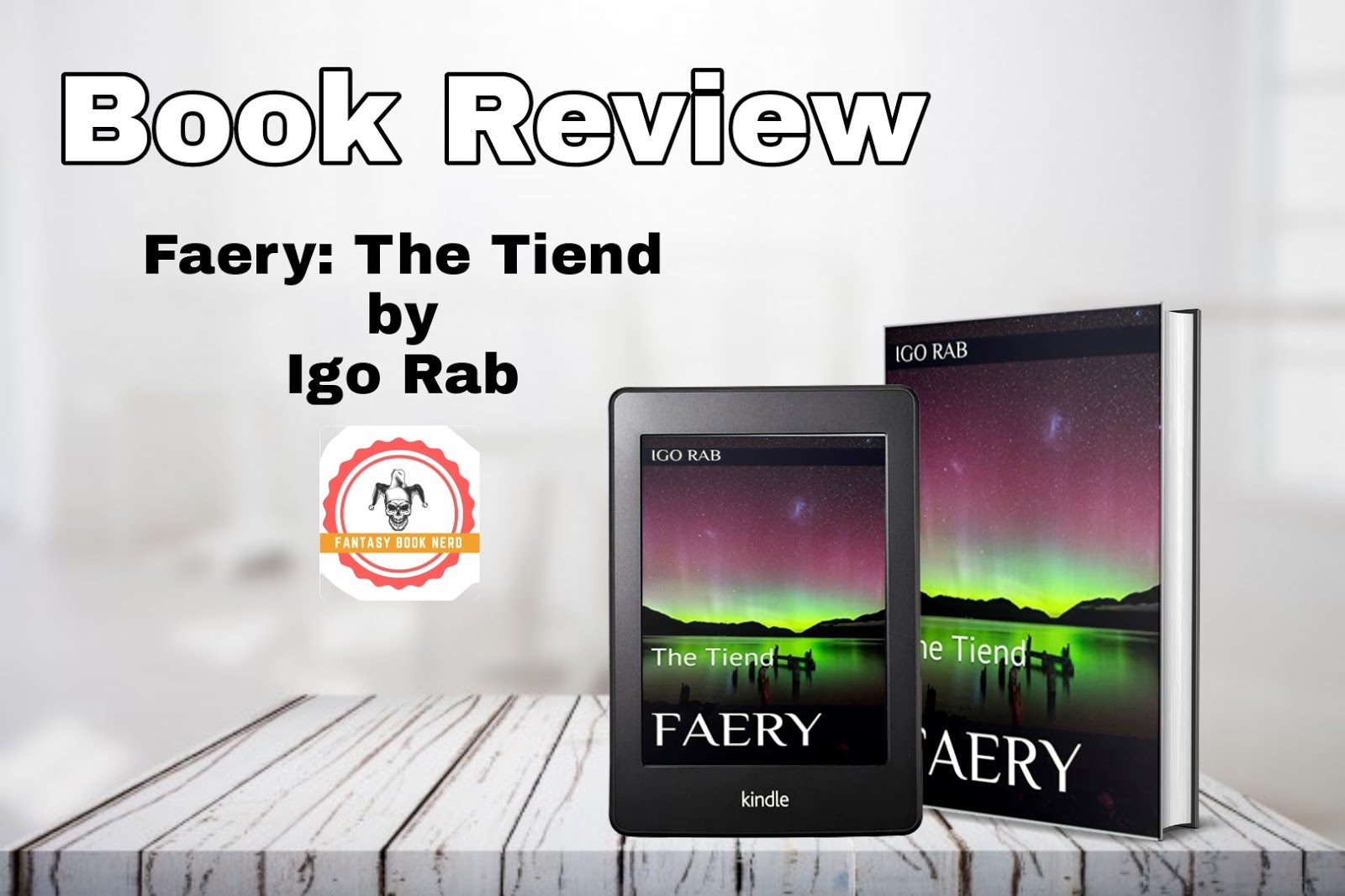 Some facts about the book
Title: Faery: The Tiend
Author: Igo Rab
Publisher: Self published
Publishing Date: 20th Sept 2019
Pages: 113
Description
"Away with us to a faraway land, I will take you by the hand.
And by the hand you will come with me,
To all the terrible things you'll see."
When Milo followed a Faery called Asrai to her world, he had hoped adventure and wonder. But he soon learns that there is something sinister behind his adventure. It is the time of the Tiend and a sacrifice must be chosen. Finding himself between an age old ritual of sacrifice and a desire to save his new friends, Milo must decide what he must do to survive. Will he fight with his captors to destroy the evil that consumes the world of the Faery or will he turn and flee?
Review
This is a middle grade fantasy adventure that has its roots in Celtic Mythology. And thank you to Igo Rab for getting in touch.
I have to say from the start that this book impressed me immensely. Now I know that I am not the target audience for this book. However, the sign of a quality writer is to be able reach past  the target audience and be able to reach a wider readership, and this book certainly does that.
The story revolves around the main character Milo, who is a child that comes from a difficult background. His mother is the main caregiver and his father works away from the home. However, when his father does come home, his visits are interspersed by arguments with his mother and you get the impression that he is not a particularly good father. As a reader, we are immediately thrown into the middle of one of these situations, described through the eyes of Milo.
Additionally, his grandfather has just died and his mother is making plans to attend the funeral whilst organising care for Milo with her brother, who is going to stay at Milo's house.
It is when his uncle comes to stay that the story begins to unfold. We learn that his uncle is regarded as having some form of mental health difficulties and he finds it hard to attend his father's funeral. During the first night of his uncle's stay, Milo is visited by a faery called Asrai and is enchanted to follow her to the land of faery in order to fulfil the mysterious tiend, a price that has to be fulfilled every seven years, and in order to fulfil this Tiend, the faeries take human children so they don't have to send their own.
Faery: The Tiend is a fantastic little book. I like what Igo Rab does in this book. Now obviously, as an adult reading a book directed at 9-13 year olds, you try to put yourself in the position of the target audience. However, that isn't possible. I have have been older longer than I have been younger.
The book is an excellent gateway into fantasy with realistic characters, solid world building and an engaging plot.
The main character is Milo, a ten year old, socially awkward, bullied kid that as I said, comes from a family that is under stress. What I think is particularly commendable with Igo Rab's writing is the fact that Milo's character doesn't change when he gets to the land of faery. Even though he is the hero of the book, Rab doesn't give him a heroic persona, he doesn't gain magical powers or superhuman strength, he stays exactly the same, a young boy with anxieties, doubts and weaknesses, which works well and makes Milo really relatable.Whilst he is in the land of faery, he just retains his human qualities.
In addition to that, the rest of the characters that surround Milo are all fully realised on their own right.
You have to mention the Celtic Mythology here. The book is steeped in it, from the land of faery itself to the Queen of Faery and Mab.
The other aspect that I found to be of exception is the fact that Igo Rab never talks down to the audience. Never once does Igo Rab try to sanitise the danger or threat. There is death in the book, and whilst yes, it isn't gruesome, it is present thus giving that realistic edge.
With Faery:The Tiend, Igo Rab has written an insightful and we'll crafted tale of heroism, friendship and inner strength.