We are well and truly into 2021 and I am hoping to get my TBR into order. This year I am hoping to do a number of different series and finally start some of those books that people talk about. Now in this post, most of these are completed series or series that are due to be finished in 2021 and might have two books in there already. So, let’s get down to it!

1. John Gwynne – The Faithful and the Fallen

This is one that I have been meaning to read for such a long time and I intend to sink my teeth into these this year. I recently bought the physical books in order to give me a physical reminder that they are there. Obviously, I am not going to say much about these books as everyone has already written a ton of stuff about these books and I think everyone agrees that they are simply superb.

The third book in the series ‘The Burning God’ was released late last year. I have had the books on my Kindle for ages and have not got around to reading them. The books sound really good, epic fantasy that combines the history of China with Gods and Monsters. Hmm, sounds just up my alley. 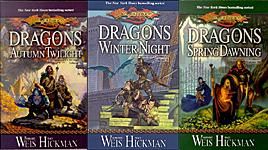 This is a readalong with some other bloggers. I read these years and years ago. I have actually started this series and read Dragons of Autumn Twilight. It’s funny when I read this recently, as I could not recall a lot about this, so it was a pleasant read, having little details come back to me from the mists of time. I was like, ‘Oh Yeah, I remember that!’. 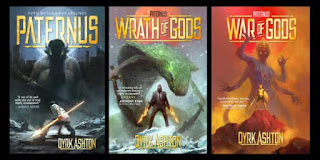 If you don’t know this is described as an urban fantasy and I started the first one years ago. However, something happened, and I got waylaid by life for some reason. However, I recently purchase the whole trilogy during a sale of SPFBO authors (if you see that sale, I highly recommend that you have a look at it if it is still on!). I have seen all sorts of descriptions about this, like American Gods meets The Avengers or Supernatural meets Lord of the Rings. I don’t know if they particularly apply but I can’t wait to read them. 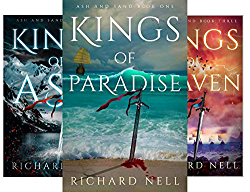 Lots of people have described this as the darkest of dark fantasy, and that leaves me intrigued. I know very little about this series and I want to keep it that way. I like to go in blind to a series as it halts the expectations that you have, and you can read them on their own merit rather than having a preconceived idea about what to expect. 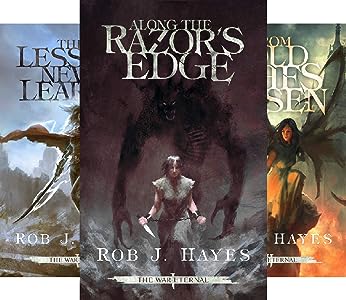 I have a load of books by Rob J. Hayes on my Kindle, follow his website and get his monthly news letter (If you are interested in SP authors this is a really good resource that Rob does on a monthly basis), so why have I never read his books. Main reason is time. However, this year I am going to make sure that I do. I hear nothing but good things about Rob Hayes.

7. The Daevabad Trilogy by S. A Chakrobarty

Another one that has been on my Kindle for ages. I like tales of Djinn and I like tales that are not set in a medieval western setting, so that seems to be my boxes ticked, and apparently (I'm not sure if it is true) but Edgar Wright's company, Complete Fiction has picked this up to develop a Netflix series. So, I may be able to act all superior and go like, yah, I read the book years ago!
8. The Powder Mage Trilogy by Brian McCellan 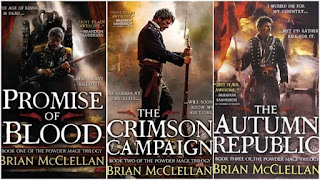 This is a favourite of many other bloggers that I respect immensley. And let me tell you , they know their books. So, this is something that I want to read really bad. This is something that is new to me, flintlock fantasy, so that really interested me.
9. The Godblind Trilogy by Anna Stephens

I was recently introduced to Anna Stephens when I read her latest book The Stone Knife. If you haven't read it, then honestly, get a hold of it. The Stone knife is tremendous book and I gave it five stars on good reads, and there is a review of it on the site. 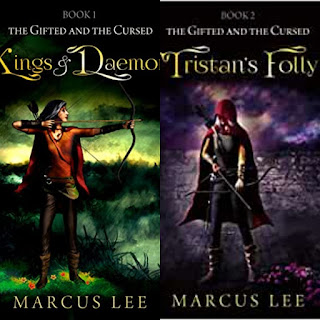 I started with this last year. I really enjoyed Kings and Daemons. I need to read Tristan's Folly and will get this read by the time the third book, End of Dreams comes out (There is a blog tour for it in February and fingers crossed I will get on that). End of Dreams is one of my most anticipated books of this year, so I will let you know.
11. Dan Fitzgerald - The Maer Cycle 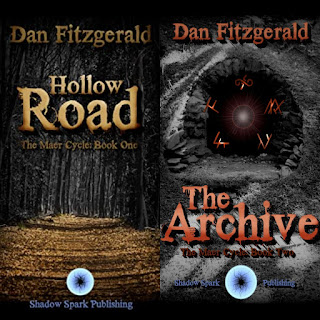 I'm always saying this, but it's true. I have Got Dan's books on my kindle (and a signed copy of Archive - pretty much one of my prozed possessions). This is the story of the return of legends long since thought disappeared. The third one comes out this year so I cannot wait for this.
I don't know what the covers look like for the last two series as they come out this year.
There's a few series that are ongoing that I want to get to this year, like;

War for The Rose Throne by Peter Mclean.

This is due to be a four books series and the third one is out this year. The story revolves around Tomas Piety, a crime boss newly returned from the war to find that his business has been taken over.

I have the first two books in this series and have heard so many good things. This is osme of the blurb

'Welcome to the Five Isles, where war has come in the name of the invading army of Sør Sevier, a merciless host driven by the prophetic fervor of the Angel Prince, Aeros, toward the last unconquered kingdom of Gul Kana. Yet Gault, one of the elite Knights Archaic of Sør Sevier, is growing disillusioned by the crusade he is at the vanguard of just as it embarks on his Lord Aeros’ greatest triumph.'


Well as a famous talking rabbit says 'That's all Folks!'