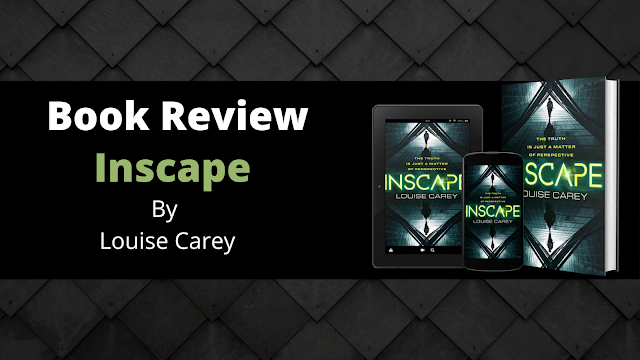 Here is some info about the book

Following a cataclysmic event called The Meltdown, the world has been taken over by Corporations, run by boards and CEO’s. These Corporations are warring factions that dominate the people of the world and the story revolves the cold war between Intech and the breakaway corporation Thoughtfront, who have both taken control of London, dividing it equally on each side of the Thames.
The story starts with a mission to retrieve some stolen data files that have been taken to a place that has no allegiance to either of the two Corporations called the ‘Unaffiliated Zone’. And it is here that we meet Tanta. A rookie agent for the Intech Corporation who has been given the task by her mentor ‘Jen’ to retrieve the stolen files. However, the mission is a disaster and the squad is attacked by an enemy agent.
After returning to Headquarters, Tanta is debriefed and despite her first field assignment not going to plan, she is given the task of finding out what was on the stolen files. She is quickly promoted from rookie to Agent and later in the story, introduced to her ‘partner’ Cole. A neuro engineer that has been involved in a corporate accident, that whilst leaving him incapable of carrying out his original job, he is still a valuable asset, particularly in relation to this case.
As we move through the story, we are introduced to the world of Inscape. From the very beginning of the book, Louise Carey carefully starts introducing to the world and the technology that is predominant in the book. We are shown that the Inscape is a piece of biotech that overlays the world that the protagonists live in with an Augmented Reality. I really like this idea of the Inscape, and Louise Carey does a fantastic job of showing the reader how the it affects the characters and those around them.
One of the strengths of the book, is that Louise Carey does not info dump the world on you but unfurls the environment as the story progresses and we are always learning some new nugget of information about the city. She carefully adds layer upon layer of information showing how the environment, monetary systems, political systems and technology impact on those living in this world and it organically feels part of the story rather than one big info dump which you can get in both sci – fi and fantasy novels.
Inscape mainly revolves around the two main characters, Tanta and Cole. These are the two that have to hold the weight of the story on their shoulders. So, it is a good job that they are solid, believable and relatable characters. Especially Tanta!
When we first meet Tanta, I didn't wholly gel with her. She’s a little too quick to please the commands of her mentor Jen, and the corporation as a whole. It almost seems to border on subservience. We learn that she is a Corpsward, an orphan who has been brought up by Intech and we know that there is something a little off about Tanta (I am not going to elaborate too much as this is part of the plot). As the plot moves on and events come into play. Tanta changes and you warm to her more. Particularly in the second part of the book! This is when Tanta starts to learn and experiences things about those she works with and herself. As she realises the impact of the thing she discovers, she changes, and we get to share that change with her.
Cole is a little different. As I said earlier, he has been involved in an accident that has rendered him unfit to complete his original job. In some ways, when they first meet it reminded me of the traditional pairing story in a police procedural. One cop does it strictly by the book and is teamed with the maverick who breaks all the rules. However, the relationship between the two grows throughout the book, and again, Carey cleverly layers this growing relationship and we learn that this friendship doesn’t come out of the blue. As the story progresses we can see that there are reasons for this relationship and that Cole has some latent feelings for Tanta.
From the very first chapter, Louise Carey immerses you in the story from the outset. And, even though initially you are a little disorientated with the world of Inscape, trying to work out what this does, why this works the way it does etc.go with the flow and you will find that all is revealed one way or another.
It took me a little bit to get used to the book at first as it is written in the present tense. I have always found that I have a bit of a difficulty getting into books that are written in the present tense, for some reason. I don’t know why, but I need a period of adjustment. However, it didn’t take me long and then I was fine, happily immersed in the world of Inscape.
Obviously, as a thriller, you need to be able to write good action sequences. And Louise Carey certainly can write good action sequences. The hand to hand combat sequence with the enemy agent for instance is cracking. The visual aesthetics of it really worked and I felt that I was actually watching this on a screen in my head rather than it being a sequence of letters on a page.
On the whole, I enjoyed this book. The pace is cracking, the writing immersive, the action sequences excellently visual, and the characters are solid and relatable. As one of the first books that I read this year, I hope the rest of the books that I read can compare to this standard. Apparently, this is the first one of a series. So I cannot wait to see what happens next.

I initially received an advanced reading copy for Inscape from Netgalley and the Publishers. My thanks go to them for this opportunity to read this ARC.
The book will be released on
21st January 2020