That was the month that was! 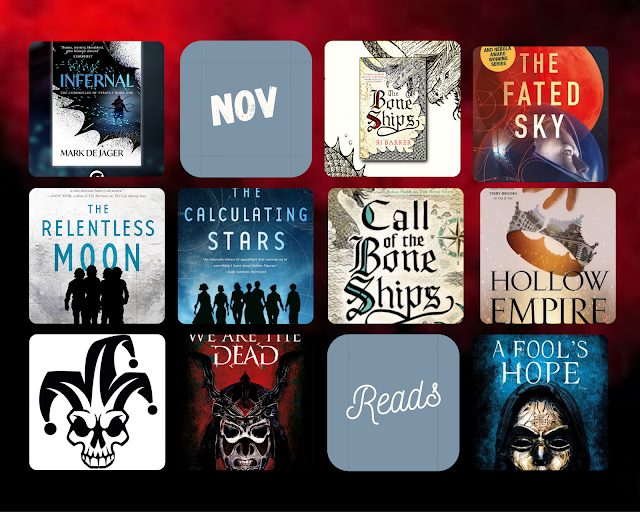 What happened? We've suddnely arrived at December. What a year that has been! I hope this year finds you well, and it seems that we have survived the plague and the subsequent lockdowns, Tier 3's etc and you have managed to get some reading done.

November has been a busy month. I had a load of Advanced Reading copies that I had to read before the deadline and some of these were triliogies, so I had to read the proceeding books to catch up.

As you can see there was quite a number of books. I got to say there some surprises in there, and there was a couple that go into my all time favorite books list. Bet you can't guess what they were. I harped on enough about them.

Lets do a quick round up then. 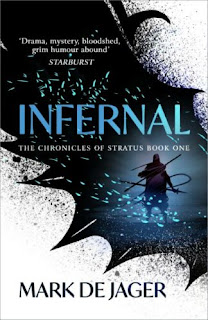 This book was a bit of a surprise for me. I knew nothing about it at all and had it in my Netgalley shelf for ages. Why? I don't know because when I actually read this book I enjoyed it no end. The story centres around Stratus. A man with no memory of who is or what his purpose is. This book got its hooks into me and I really enjoyed it. It is violent and darkly comedic and such a good story. Honestly, give this book a chance and you will not regret it. If you like the viciousness of Joe Abercrombie, I am sure that you will get along with this.

I heard Mary Robinette Kowal before I read her stuff. If you have listened to The Original on Audible you will have come across Mary Robinette Kowal. I have to admit, this was my first introduction to her writing.The Original is a really good sci fi audio drama (the review is on the site, check it out). On the back of that, I went to look for more of her stuff and this is what I found. This is an excellent series set in an alternative history where the earth is struck by an extinction level meteor striking the earth and destrying a substantial part of the USA. It is set in the 1950's and charts man's efforts to go beyond the earth due to the catstrophe. The first two books cnetre on our hero, Elma York as she battles sexism, racism and mental health problems to become the first female astronaut to go to the Moon and then onto Mars. The third book, The Relentless Moon changes protagonist and plot structure to add something new to the series. In this book the hero is Nicole Wargin, and similarly to Elma, she is a strong female character that has some issues.

These books were a delight to read. Mary Robinette Kowal is an amazing writer that writes strong female characters and also chucks in some social commentary as well.

Another book the took me by surprise!

This is the second book in the Poison War Trilogy by Sam Hawke. I originally read the first one City of Lies and it was a bit of a sleeper hit with me.It was good, and I thought if she releases another one, I will definitely read it.

However, with Hollow Empire, Sam Hawkes has written something that I thought was excellent. I don't know if it was due to the fact that I had gotten used to the world or what, but I must say, Sam Hawkes has ramped everything up in this book. It just improved so much. The plot and the pacing are ramped up and the characters get better developed. If you want to know how much - I bought the hardback!

Firsts seem to be the order of the day, don't they? The Tide Child Trilogy is my first introduction to    R. J. Barker and I am definitely a fan. Both The Bone Ships and Call of the Bone ships took me aback with their orginal setting. These books captivated me and the characters walked off the page and firmly lived in my imagination. With The Bone Ships, R. J. Barker builds the world and tells a ripping yarn, but Call of the Bone Ships simply tears you apart. It left me speechless at the brilliance of the story and has sent me searching for his earlier books.

We Are The Dead & A Fool's Hope by Mike Shackle 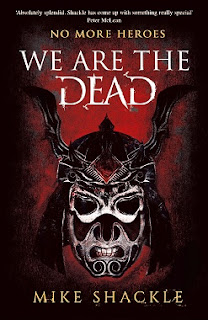 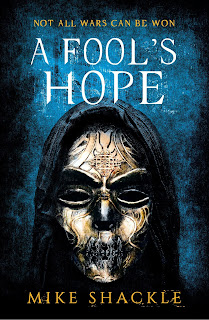 Now these two books. What can I say about these two books? The first two books of The Last War have firmly placed themselves in my favorite books of all time. The first is a violent, brutal and unflinching depiction of war and opression and the second moves the story along in wholly unexpected ways. I cannot enthuse enough of how brilliant these books are. and to add to that, Mike Shackle is such a nice bloke that interacts with the fans of his works. I am going to leave out the description of the plot of these two books as the best way to read them is to go in totally blind and let the story grab you.

And finally, let's get on to my plans for December. In December, I will be going OFF THE RAILS to take in a load of books that are written by independent authors. This is something that I have been toying with for quite a while. I originally had a whole thing worked out, but unfortunatley, when I did a little digging I found that the title that I was going to use was already taken. So I have had to change my plans a little.

If you are interested in independent authors, Sue's Musings
is doing a really good feature called Indie Spotlight. Click the link and it will take you to her latest post.

So for now, I will say goodbye to all you Fantasy Book Nerds and wish you all the best.